Are NFTs the answer to the ag data ownership question? – Successful Farming 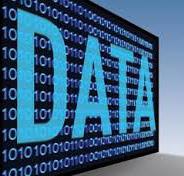 For years, farmers have asked, “Who owns my ag data after I share it with an ag tech company?” This has not been an easy question to answer as a lawyer because: (a) data is intangible; (b) data can be replicated infinitely with exact copies; (c) ownership of data is not established by statute; and (d) case law takes years to catch up with technology, so we are still a long way from having our courts answer this question. The answer has therefore always been that ownership depends on the rights in the data contract.

Non-Fungible Tokens (NFTs) have the potential to alter this ownership discussion. NFTs allow people to purchase and own “original” digital content. One popular source of NFT examples is the website NBA Top Shot, which sells anyone the right to own videos of their favorite NBA stars in action, e.g., a digital video of Kevin Durant’s dunk #484 on May 16, 2021, can be purchased, at the time of this article, for only $1,090. You receive an NFT that recognizes your ownership of this digital content. That also means you could, presumably, sell that NFT to your friend, a big Kevin Durant fan, for a profit.

But what exactly is an NFT?

Julian Pipolo writes in Law Technology Today that an NFT is based upon three principles:

How might NFTs alter the ag data ownership discussion?

Because of the ease with which ag data can be replicated, it has been difficult to trust a promise by an ag tech company to respect a farmers’ ownership rights in their data. But if the ag tech company attached an NFT to a specific dataset that was uploaded to its servers, then conveyed that NFT to the farmer-data-originator, that company could, in essence, create a single, original dataset. Any subsequent copy, without the NFT holder’s permission or without transferring the NFT to the next user, could be a violation of that owner’s rights.

There are still lots of questions here from a legal standpoint and from a technology standpoint. At least for now, it’s fun to ponder whether NFT technology will provide an answer to ag data’s long asked question: Who owns the farmer’s data?

About the author: Todd Janzen is an attorney who is a frequent author and speaker on legal issues affecting agriculture. He writes a regular blog column on law and technology issues facing agriculture, which can be found at Janzen Ag Law Blog.