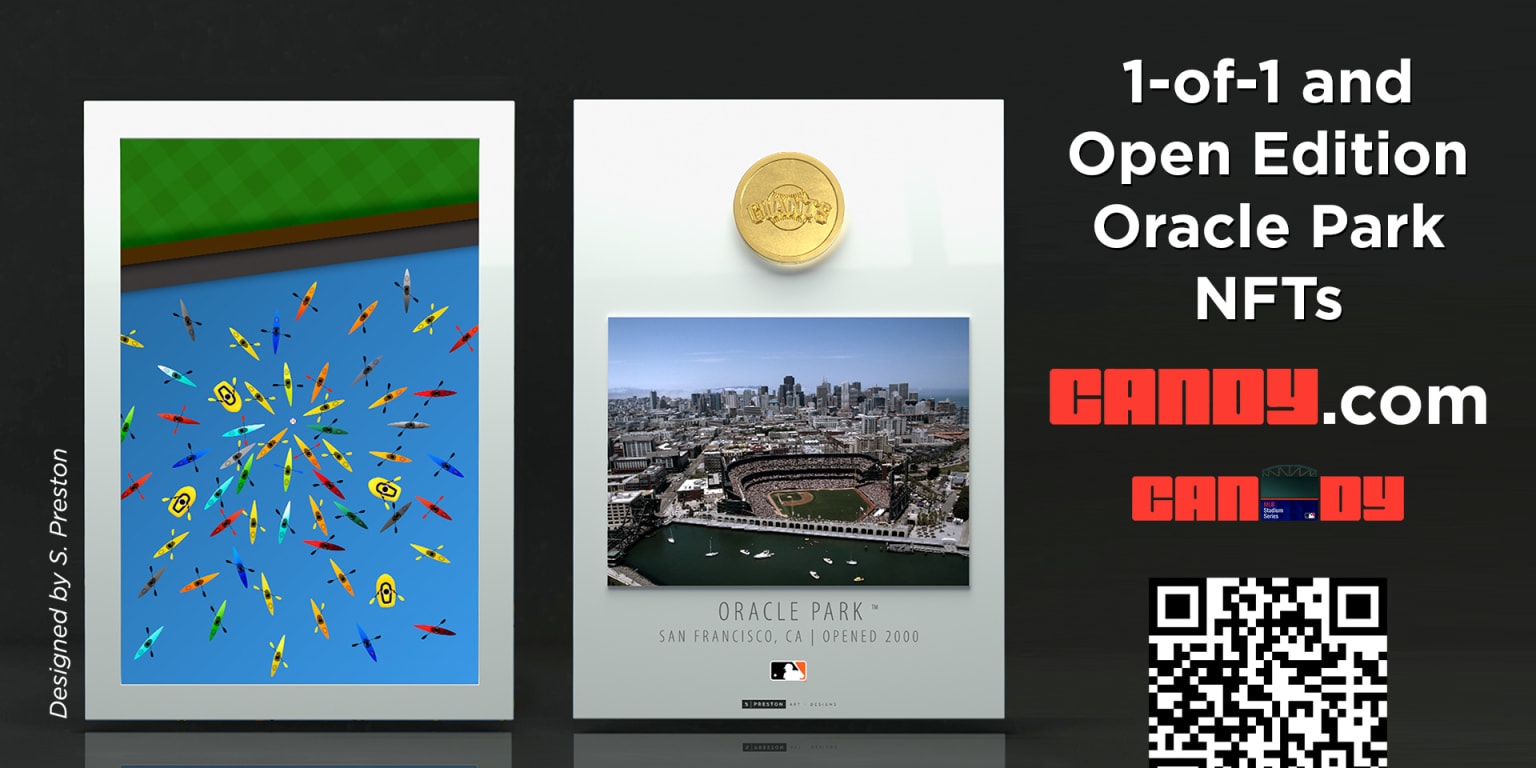 MLB has partnered with Candy Digital to release unique NFT editions for all 30 MLB teams as part of the MLB Stadium Series, giving fans the chance to bid on digital collectibles featuring artwork of each team’s venue created by renowned digital artist S. Preston, who is known for his minimalist designs.

The Oracle Park NFT design incorporates McCovey Cove and the colorful array of kayaks that often can be seen just beyond the Bay Area ballpark’s right-field wall during games as fans congregate in hopes of grabbing a “splash hit.”

The Giants auction, which launched Monday and runs through Thursday at 7 p.m. ET, features a 1-of-1 “Gold Edition” NFT that comes with an exclusive experiential VIP package, including the opportunity to throw the ceremonial first pitch at Oracle Park, two tickets to a Giants home game, a stadium tour and a meet and greet with Giants players.