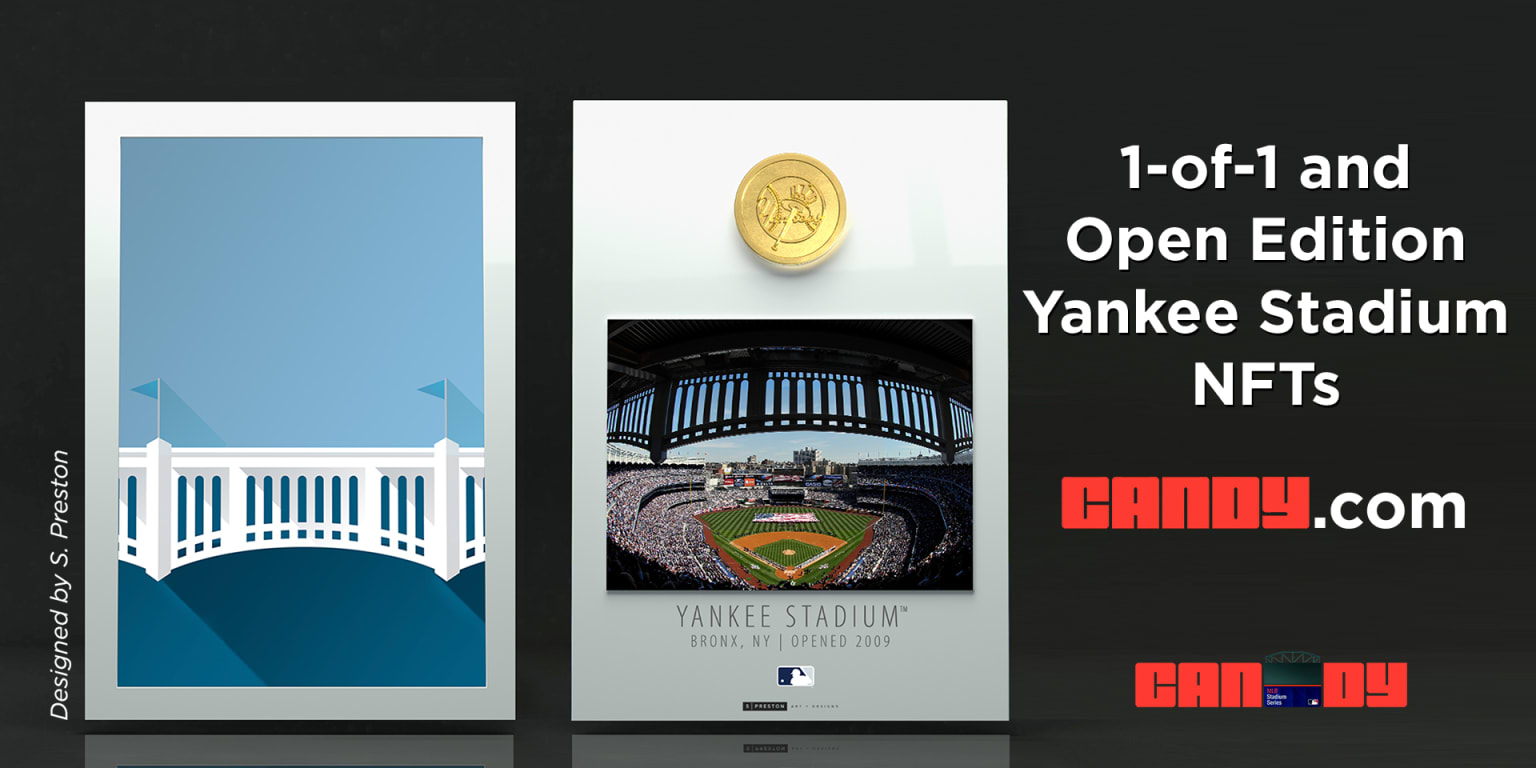 MLB has partnered with Candy Digital to release unique NFT editions for all 30 MLB teams as part of the MLB Stadium Series, giving fans the chance to bid on digital collectibles featuring artwork of each team’s venue created by renowned digital artist S. Preston, who is known for his minimalist designs.

The Yankee Stadium NFT design incorporates the ballpark’s iconic white facade, which runs across the top of the upper deck and is a homage to the team’s original home.

The Yankees auction, which launched Monday and runs through Thursday at 7 p.m. ET, features a 1-of-1 “Gold Edition” NFT that comes with an exclusive experiential VIP package, including four MVP tickets to a Yankees home game; four gift bags that include a souvenir baseball, hat and program; a private pre-game stadium tour and on-field batting practice viewing experience for four guests and the opportunity for one guest to deliver the game ball to the mound.