Cashing in on the NFT craze – CBS News 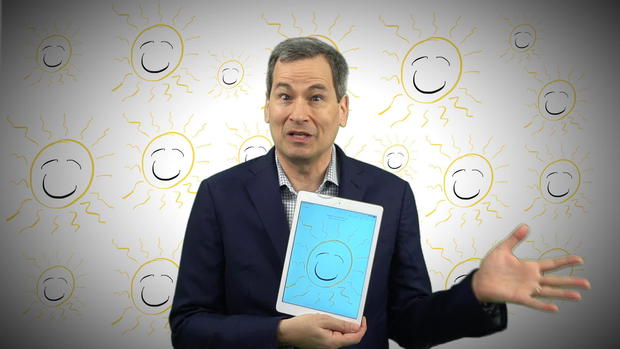 You’ve probably seen a lot of articles about NFTs, without really understanding what they are – something about digital files selling for enormous amounts of money, like a piece of digital art, a video clip, or even a Twitter tweet.

A lot of people are really excited about NFTs. “Oh my God, this is crystal clear; this is a technology that will forever change the way people interact,” said entrepreneur and internet personality Gary Vaynerchuk. He says that this is the third time he’s seen a digital revolution of this magnitude.

“In 1995, I was like, oh my God, this internet thing is gonna change the world. And then in 2005, I just completely believed that social media – MySpace, Facebook, YouTube, Twitter – was gonna be for everybody. Every time I’ve seen this many people confused, yet it’s been crystal clear to me that this is the next significant consumer behavior shift, I know there’s something.”

Until recently, if I’d said, ‘Hey, I made a picture on my computer! Who would like to buy the original?,’ you’d have laughed at me. Because that’s stupid! Everybody knows that you can duplicate a computer file infinitely, and every copy is identical to the first one. What sense would it make to say you own the original?

Well, an NFT is a digital certificate. It’s like a contract that says that I sold you the original one. [NFT stands for non-fungible token, but that won’t be on the test.]

Anyway, our transaction is recorded on the blockchain, a tamper-proof database that keeps track of things like who owns what NFT, like a digital ledger book. You might have heard of the blockchain; it also makes possible digital currencies like Bitcoin.

Because NFTs are new and speculative, a lot of famous people are trying to cash in on the craze: Musicians, athletes, actors, and artists like Beeple [the screen name of graphic designer and animator Mike Winkelmann], who sold this digital painting for $69 million in a Christie’s auction.

“We were watching it on the TV, and, like, my whole family was there,” said Winkelmann. “In the morning, it was, like, $13 million. And then in the last minute, at one point it jumped from $25 million to $50 million. Just in one second. And when that happened, it was like a bomb went off in the room!”

The Christie’s sale made Beeple the third most-valuable living artist, after David Hockney and Jeff Koons. Members of the traditional art world were not amused. “They don’t love me,” he said. “What really probably stings a little is that they had never heard of me.”

Pogue asked, “Tell us if you think it was worth $70 million.”

“Uhm, yes. Because two people wanted it for $70 million. So, by definition it was worth $70 million. Value is determined, in many cases, just by how badly people want certain things.”

Actually, not so fast.

It turns out that any change to the blockchain requires massive banks of computers to perform astronomically huge calculations to verify that transaction, which uses gigantic amounts of electricity.

Researchers are working on ways to reduce that power problem, but for now, NFTs, and the blockchain, are environmental disasters – and maybe financial disasters, too.

“Right now, we’re in the gold rush, we’re in the greed phase, where people are trying to make a quick buck,” said Vaynerchuck. “And there’s gonna be too much supply, not enough demand, ’cause it’s not easy to buy an NFT yet.”

In May, Vaynerchuck offered his own NFT project, which he hopes to distinguish by offering tickets to his conferences with the purchase of each of his digital doodles. Base price: $1,200. But even though he’s got an interest in promoting NFT technology, he’s also got a warning for you:

“Let me make this clear – I have no idea how you will edit this! – America, please spend 30 hours of education before you buy your first NFT! It’s just like internet stocks. Sure, there’s an Amazon and an eBay, but there’s gonna be a lot more Pets.com that go to zero.”

And there will be plenty of volatility along the way. NFT sales are way down from their peak in May.

But Mike Winkelmann is convinced they’re here to stay.

Pogue asked “At this point, how mainstream is it?”

“Most of the people watching this video will never have heard of NFTs before,” Winkelmann said. “This might be the first time you hear about it. But I really doubt it’s gonna be the last.”