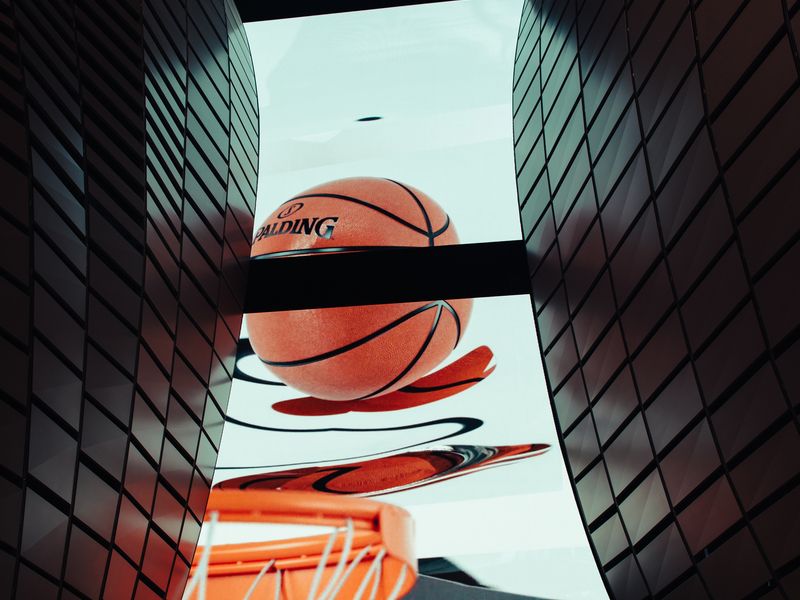 During an “Art of Business” event at Rocket Mortgage FieldHouse in mid-June, more than 50 NFTs of the Cleveland Cavaliers’ locker room were given to corporate partners.

The digital collectible starts as a wide view of the home team’s locker room, before zooming in on a locker. Viewers see the doors of the locker slightly move a few times, along with a reflection of the wider space.

In the coming months, if the Cavs’ plan comes to fruition, fans will have their own digital lockers, where they’ll be able to store NFTs that show off a wide array of memorable moments and collectibles.

The idea, Cavs senior vice president and chief information officer Mike Conley said, is to build “a community and engagement platform and an experience around the collectible concept,” instead of “just a drive-by, ‘Hey, we’re going to release some NFTs.’ “

NFTs, or non-fungible tokens, are unique pieces of digital content — from artwork to songs, tweets and memes — that can be “minted.” When an NFT is authenticated, it lives on the blockchain, where it can be bought and sold, via a cryptocurrency called Ethereum, and its digital path can be tracked.

NFTs have soared in popularity in the last year, and the NBA has been at the forefront. By May, Top Shot, the NBA-affiliated NFT platform operated by Dapper Labs, had surpassed $700 million in sales and one million users in less than a year.

The majority of Top Shot’s revenue stems from a 5% seller’s fee for NFTs that are traded on the secondary market. Those funds are shared by Dapper Labs, the NBA and the players’ association.

“Traditionally if you think about it, the fan journey and everything that leads up to the ticket itself is kind of team-owned,” the Cavs’ senior VP said. “The second that somebody gets into the venue and starts to take in the product inside the bowl, it has an NBA IP.”

As of mid-July, the Cavs were one of seven NBA teams that had launched an NFT program. Conley said the league opened a “trial-and-error period” for teams to explore what’s possible with the collectibles. That ends on July 31, the Cavs’ CIO said, and clubs are expecting a new round of guidelines.

A league source told Crain’s that the NBA is still determining whether a new set of NFT rules are necessary.

The “Cleveland Cavaliers Locker Room” NFTs were gifted to sponsors at a private event that included Daniel Arsham, an artist with a worldwide following who was announced as the Cavs’ creative director in November. (The 40-year-old Northeast Ohio native received an undisclosed minority stake in the franchise as part of the deal.)

The team’s first public foray into digital collectibles occurred after the Cavs acquired three NFTs from independent artists. The purchases, ranging from 0.25 to 0.3 Ethereum (or $475 to $570, based on the cryptocurrency’s $1,900 per-share value on July 15), were made on Foundation, a platform that hosts auctions for digital art.

“TRANSCENDENCE” and “Brick Squad” were the first NFTs that Dillon Hutchins had minted. The 27-year-old Utah native was pleasantly surprised when he found out it was the Cavs who purchased his work, and his excitement increased when he learned of the organization’s plans for the NFTs.

Hutchins’ creations, along with “Lemon Dunk Tree,” an NFT by California artist Isaac Garcia, will be shown on the Canyon — an LED display that is four stories tall and features eight million pixels — at Rocket Mortgage FieldHouse.

The three NFTs are now part of the Public Art Program at the recently renovated arena. The program, funded by Cavs owners Dan and Jennifer Gilbert, features more than 100 pieces and, according to Rock Entertainment Group president Nic Barlage, “is born from a desire to use our platform to authentically engage with the global, contemporary art community and its diverse fanbase.”

The Gilberts, according to a team source, have invested “well over seven figures” in the program, which is curated by Library Street Collective.

Hutchins, as the CEO and co-founder of Stylo Creative, a California studio, has been part of work that’s been featured by the likes of Roku. But “TRANSCENDENCE” and “Brick Squad” are the first pieces that showcase his individual work to a wider audience.

“Just the thought that I could create something that would be involved in people’s experience and would stand up to an organization like the Cavs was really exciting and an honor,” Hutchins said.

The digital creations of Hutchins and Garcia also are shown on the Cavs’ new NFT platform. There, fans can sign up to be notified when NFTs are released.

The plan for fans to own digital lockers traces back to the plastic binders that old-school collectors used for their trading cards.

“You would walk around with other collectors and you would bring your book with you and you would show it off,” Conley said. “The locker is kind of a digital concept of that.”

The Cavs envision their NFT marketplace as one on which fans can buy and sell collectibles, and earn rare NFTs for attending a certain number of games and interacting with the team in a variety of ways. The team would partner with a company that would operate the platform and convert the proceeds to U.S. dollars.

That way, “we’re not caught holding on to assets of value that depreciate over time, or even appreciate over time,” Conley said. “We’re not looking at this as an organizational investment as much as a new application and new platform.”

The Cavs’ CIO views NFTs as leading the way to the future of collectibles, “because of the way that they are assigned back to the blockchain for authenticity.”

The NFTs can be shared, which could add to the collectibles’ value, and can be dynamic.

“So if we release a bobblehead on an NFT giveaway night, that bobblehead can be representative for that night and be one way, and then come the holiday season, he can be wearing a snowcap and snow can be falling in the background,” Conley said.

Other possibilities, according to the team executive, are championship rings that have color schemes tied to tiers that are based on fan avidity, and clips featuring classic calls by late broadcasters Fred McLeod and Joe Tait. The organization has even discussed creating digital concert posters as a way of boosting attendance at big-time events.

Many of the plans are in the early stages, Conley stressed, but the team is looking at NFTs in a much broader sense than something to buy and sell on a digital marketplace.

“They don’t just have to be in the venue to see that great 3D piece of art that we put up on the Humungotron or the Canyon or the Power Portal,” Conley said. “They can go out after that and potentially own a piece of that or own the item as a whole as it evolves. It’s taking a piece of your experience and bringing it home and owning that in perpetuity if you want.”