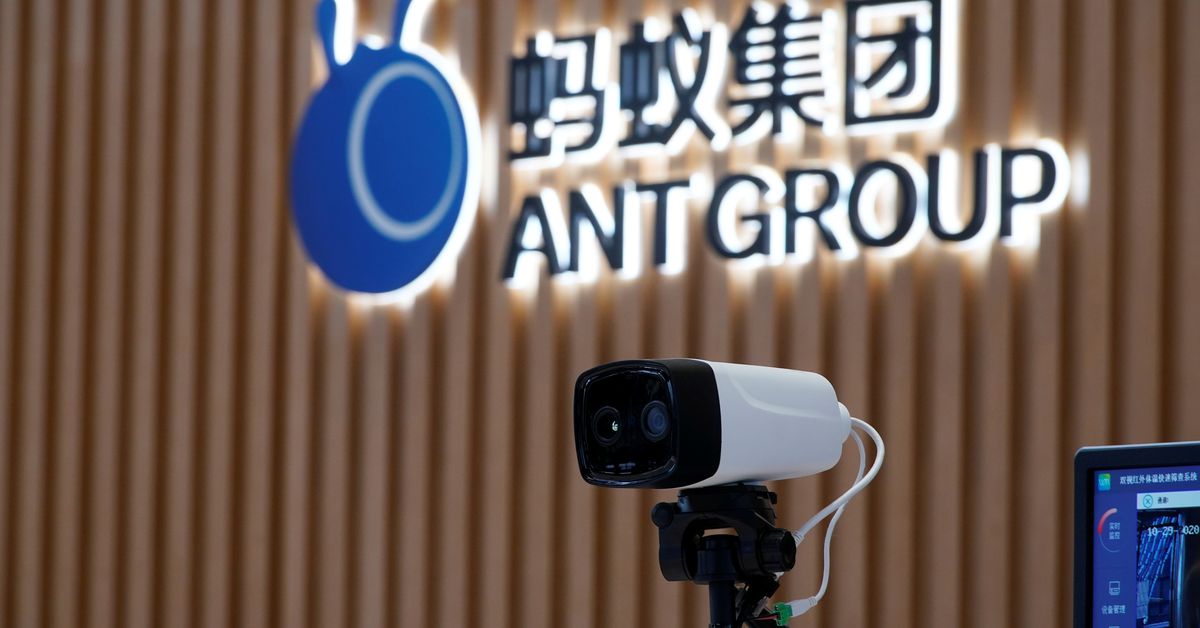 A thermal imaging camera is seen in front of a logo of Ant Group at the headquarters of Ant Group, an affiliate of Alibaba, in Hangzhou, Zhejiang province, China October 29, 2020. REUTERS/Aly Song

SHANGHAI, June 23 (Reuters) – China’s Ant Group on Wednesday sought to draw a distinction between non-fungible tokens (NFTs) available on its platforms and cryptocurrencies currently subject to a crackdown by Beijing, after users expressed confusion.

Ant, the Jack Ma-controlled fintech group, put on sale two NFT-backed app images via its payment platform Alipay and all the items quickly sold out on Wednesday.

Ant’s adoption of non-fungible tokens caused confusion on social media where they were linked to virtual currencies such as bitcoin, which have the same underlying technology.

Ant, which is undergoing a government-ordered revamp restructuring after the collapse of its mega-IPO last year, on Wednesday said non-fungible tokens and cryptocurrencies were two different things. read more

“NFT is not interchangeable, nor divisible, making it different by nature from cryptocurrencies such as bitcoin,” said a spokesperson at AntChain, the Ant unit that develops blockchain-based technology solutions.

He said that NFTs can be used to create a unique signature for digital assets.

China has over the past month intensified a campaign against cryptocurrency trading and mining, part of efforts to fend off financial risks. read more