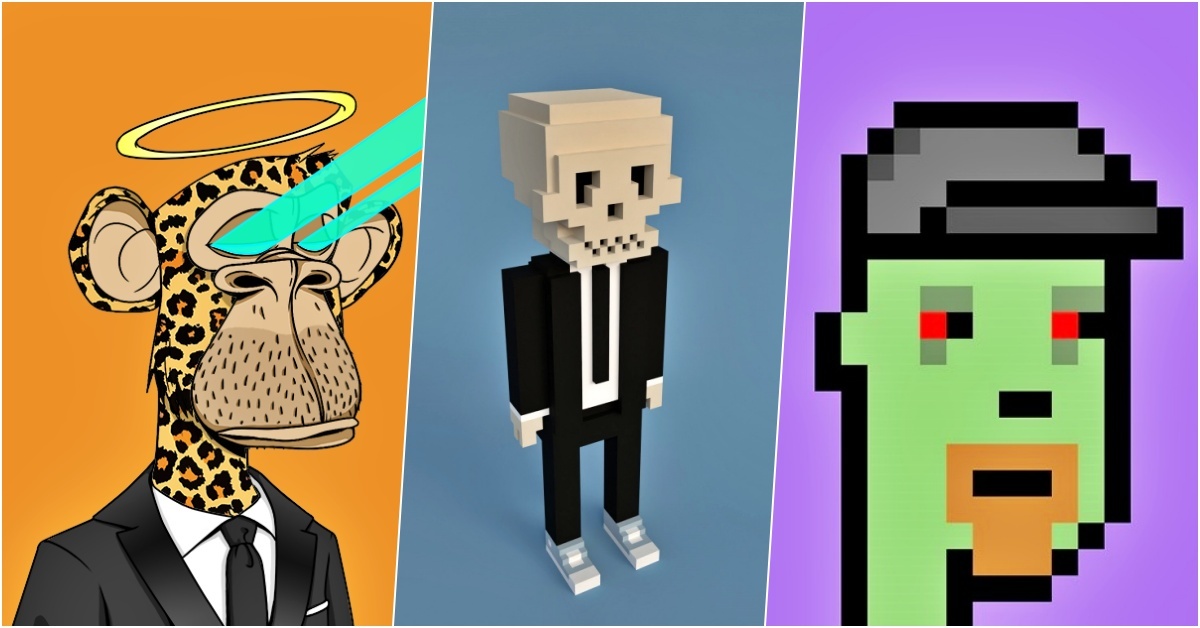 Global brands and superstars are continuing to plunge into the digital art world.

Justin Sun, founder of cryptocurrency company, Tron, recently bought an EtheRock NFT for US$611,170. Visa also acquired Larva Lab’s CryptoPunk #7610 for 49.5 Ethereum (cryptocurrency, 1 Ethereum=approx. US$3,335 dollars), equivalent to US$165,091 dollars for the company’s collection on August 19.

Christie’s Hong Kong will hold the first profile pic non-fungible token (PFP NFT) themed auction in Asia from 17 to 28 September. The sale, “No Time Like Present”, will allow buyers to bid for three most popular types of NFT artworks, namely CryptoPunk #9997, Bored Ape Yacht Club (BAYC) #8746 and Meebit #6337. Profile pic NFTs, known as PFP, can be used as a buyer’s profile picture or avatar, extremely popular on Twitter.

These digital characters are computer generated, and each have their own characteristics.

This auction is the first time a BAYC and Meebit will be offered outside of any NFT trading platform.

More information will be announced closer to the auction.

CryptoPunks are a collection of 10,000 pixelated faces.

Most CryptoPunks include humans (male and female), while other characters such as zombies, apes and aliens also appear. They are developed by LarvaLabs, spearheaded by Canadian software developers Matt Hall and John Watkinson in June 2017. The digital artworks were one of the first NFT on the Ethereum blockchain.

Recent iconic sales of Larva Labs’ pack of 9 CryptoPunks sold for US$17 million dollars in May.

Each character has characteristics such as accessories, fur colour and illustrated lasers. An Ape wearing a party hat with lasers shooting out of its eyes, sold for US$653,344 dollars on OpenSea in August.

Meebit is a collection of 20,000 digital characters, also created by LarvaLabs.

Different to CryptoPunks, Meebits are portrayed in 3D with a full body. An additional asset pack allows owners to drop their Meebits into standard animation software, which makes it possible to use them as avatars in the metaverse, a virtual shared space.

The auction house’s expansion of its NFT sales cultivates a new generation of buyers. 73 per cent of NFT buyers are new to Christie’s, with an average age of 38. This is 13 years younger than the average age for clients in other sales.