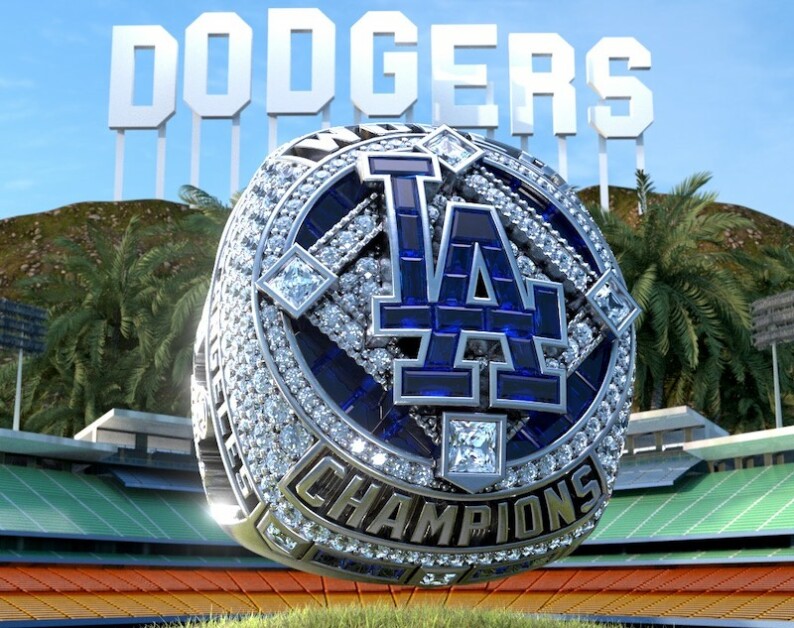 Bidding opens Sunday morning at 9 a.m. PT and concludes at 4 p.m. on Thursday. Fans can participate at Candy.com, with net proceeds from the auction benefitting the Los Angeles Dodgers Foundation (LADF).

An additional open edition NFT featuring a spinning 2020 World Series logo and the Dodgers’ shooting ball logo will also be available. The World Series/Dodgers logo NFT can be purchased for $20.20, with those net proceeds also benefiting the LADF.

“The Dodgers are excited to work with MLB and Candy to continue the franchise’s legacy of innovation as the first MLB Club with an officially licensed NFT,” Dodgers executive vice president and chief marketing officer Lon Rosen said in a statement.

An open edition NFT will also available, featuring a spinning 2020 World Series logo and #Dodgers’ logo. It can be purchased for $20.20, with net proceeds benefitting @DodgersFdn. pic.twitter.com/sjOTvl4Th9

“The opportunity to own a World Series ring in both digital and physical forms has never been offered previously, and we hope this is the first of many such drops as we continue to develop unique multifaceted experiences for our fans.”

The auction winner will receive three prizes, combining virtual and physical keepsakes and a once-in-a-lifetime in-person experience: high definition digital single edition (1-of-1) Dodgers 2020 World Series champions ring NFT created by RTFKT Studios; a physical 2020 Dodgers World Series ring specially forged by the team for the auction that will be inscribed with the Token ID of the NFT; and a VIP first pitch experience at Dodger Stadium, including four premium tickets, on a mutually agreed upon date.

“This NFT symbolizes the greatness necessary to win a World Series and the determination required for the Dodgers to overcome the unique obstacles that the 2020 season presented. For a fan, this is truly a one-of-a-kind collectible.”

While this is the first Dodgers NFT being offered, Justin Turner previously gave fans an opportunity to earn one at no cost and simply by participating in All-Star Game voting.

Have you subscribed to the Dodger Blue YouTube channel? Be sure to ring the notification bell to watch player interviews, participate in shows and giveaways, and more!