Petootie, the continental island in Mystyria is host to inhabitants known as PetPals – with nine different intelligent creatures that fight for land and resources. A first in the decentralized gaming industry, the PetPals platform brings together NFT (PetPals) and staking (evolution of PetPals) in one all-encompassing environment. 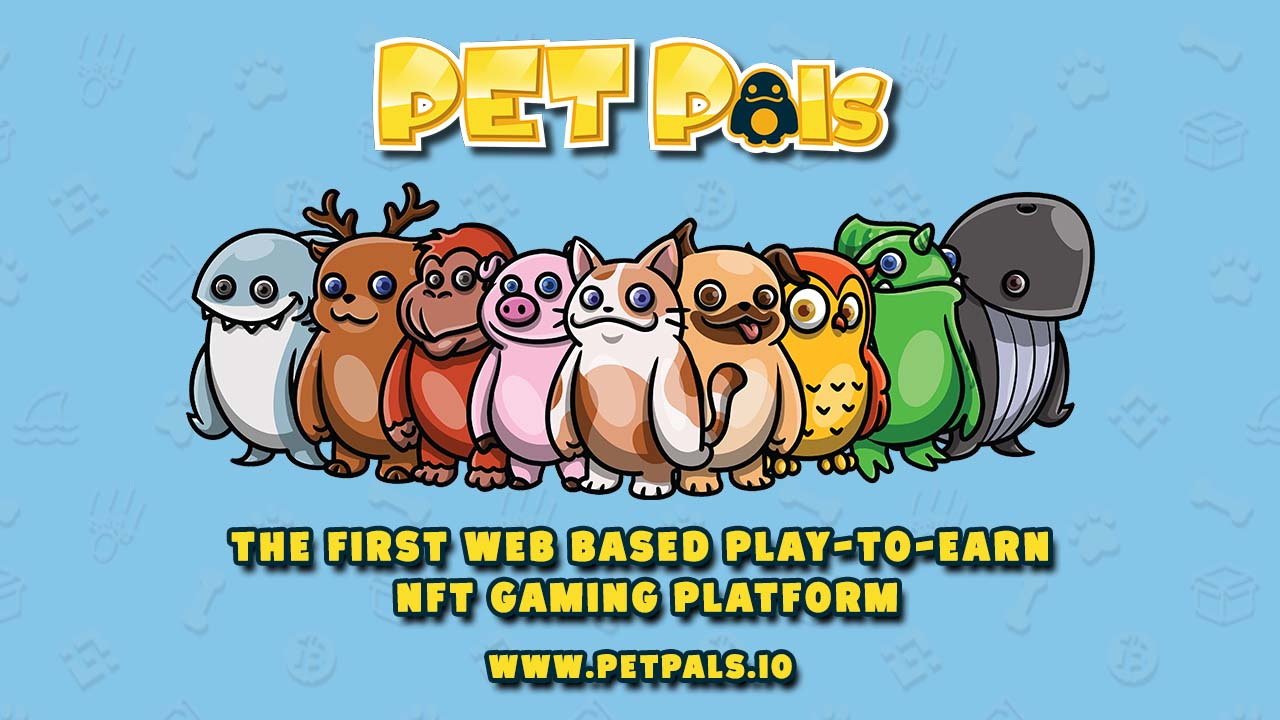 Players have the option of staking the native token $PAL in the game’s Petboxes or both the NFT based PetPals and $PAL for faster evolution of their creatures – all the while earning more $PAL via staking rewards.

Paintbrushes are powerful items in the PetPal lore that the creatures use to “paint reality itself” to enhance their physical attributes. Users can acquire these to get the edge they need in the different games offered on the platform.

The PetPal universe is powered through its native BEP20 $PAL token. The primary role of $PAL is to acquire the creatures and use the tokens for evolution staking. Unlike other popular blockchain-based games, PetPals’ developers chose the token and the whole world of Mystyria to run on Binance Smart Chain (BSC) due to the vastly enhanced security and higher TPS than that of the Ethereum blockchain, allowing PetPal owners to play without long waiting times, expensive gas fees, and unstable networks.

While $PAL tokens can be acquired through the Early Bird offer, players can also get their hands on more $PAL by:

PetPals is not all about fighting but enjoying the finer things in life. When not winning battles or defending against raids, players can partake in different minigames. Become the best Italian chef as you complete pizza orders or go to the beach and surf the waves to see who is the surfing champion, all the while earning $PAL – and more!

Minting PALs – NFTs of the Future

Non Fungible Tokens (NFTs) have opened up a whole new world of possibilities to represent ownership of unique and rare items. Be it the famous Beeple digital art or the first-ever tweet by Twitter’s CEO Jack Dorsey, if it is one of a kind, it can be minted into an NFT. And now, PetPals allows players to own unique creatures that are minted as NFTs.

As PetPals gain different attributes through hibernation and paintbrushes, they become more rare and unique. The different attributes will give them the edge over others and this opens up the possibility for players to earn. By breeding and evolving different PetPals, users can create highly sought after creatures that they can then mint into NFTs to be immortalised on the blockchain.

The PetPal universe is ever-expanding and the developers are working towards building a universe which is enveloping and all-encompassing. Upcoming milestones include:

PetPal’s team will launch the first major NFT gaming Battleground where players will compete in 1vs1 or team battles. At the same time, the platform will become a DAO and handover the platform control to the players

Powered by its BEP20 $PAL, the PetPal’s native token $PAL will soon be made available on PancakeSwap. In the meantime, interested parties can get their hands on $PAL at discount prices through the ongoing Early Bird offer.

There are a total of 100 million $PAL, with 5% vested for the team (1% will be released on the launch, with the rest 4% over the course of one year), 2% is set aside for locked staking and a further 1% for airdrops. Along with this, the $PAL tokenomics have a unique tax system. Every buyer and seller will be charged 5% to power the marketing and development of the platform. The seller will be charged an additional 3% that will go towards bounty rewards.