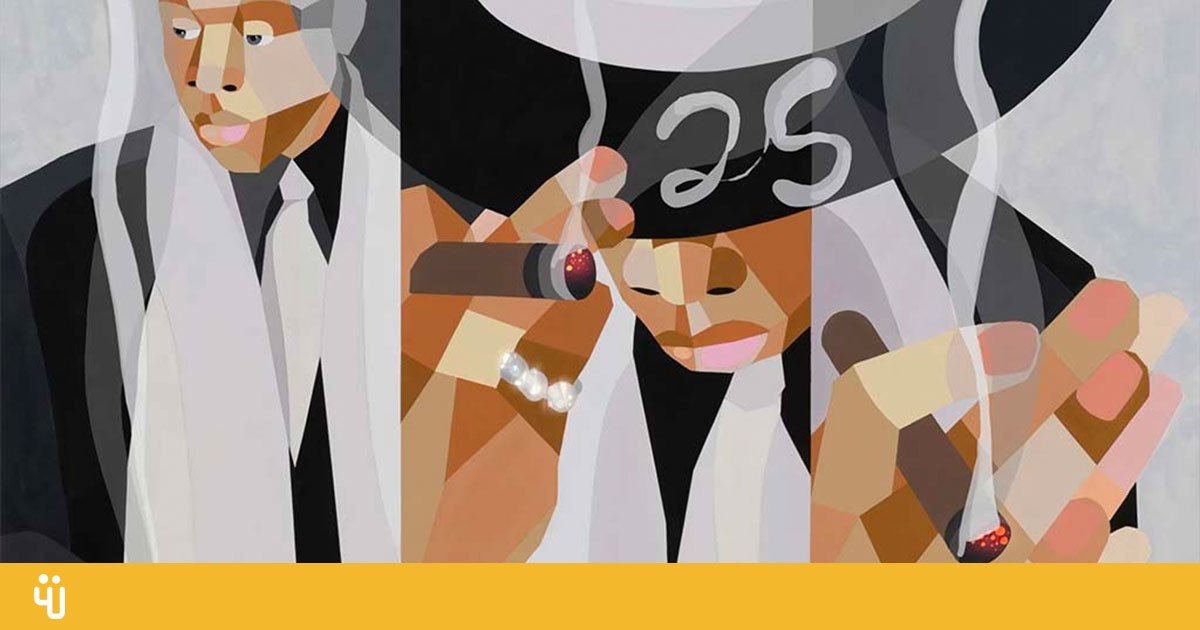 Jay-Z commissioned Derrick Adams to create a digital artwork of his 1996 Reasonable Doubt album cover, to auction it off as an NFT.

To commemorate the 25th anniversary of Jay-Z’s debut album Reasonable Doubt, Sotheby’s and Roc Nation are listing “Heir to the Throne,” an artwork NFT commissioned by the rapper and created by artist Derrick Adams.

The artwork was inspired by the 1996 album cover, its original title, as well as Jay-Z and Adams’ shared love for Brooklyn.

Adams rendered the original image of the album cover and animated it with glowing bling and waving wisps of cigar smoke that turn into the number 25 on the tipped hat of a leaning Jay-Z cartoon.

Adams recalls being struck by Jay-Z’s attire when seeing the 1996 album cover for the first time: “He was dressed to go to the opera as if it were 1940, while his peers were in streetwear.”

Heir to the Throne is the first NFT from either Jay-Z or Adams. Part of the proceeds from the sale will support The Shawn Carter Foundation in its endeavors to help socially excluded individuals to further their post-secondary studies.

Not coincidentally, the main theme running through Adams’ decades-long career revolves around the way in which the self-actualization of black individuals is shaped by their environment.

Adams and Jay-Z met several years ago and established an artistic connection upon their shared environmental muse: Brooklyn. The rapper was born and bred there, and the artist has had his studio there for the past 25 years.

Adams explains that “over the years, JAY has collected and supported my work…With this NFT project, we jointly embrace the opportunity to further the conversation about how artists of different mediums contribute to a more inclusive society. JAY’s album changed the game 25 years ago and continues to influence so many of us. It tells the story of someone from Brooklyn occupying the urban space—a place that is as central to my own work as it is to his. My portraits aim to capture the sensibility, optimism, and beauty of urban life, and in JAY’s work I’ve found tremendous kinship.”

At the time of writing, bids for Heir to the Throne have reached $35,000 USD. The auction is set to run until June 2.