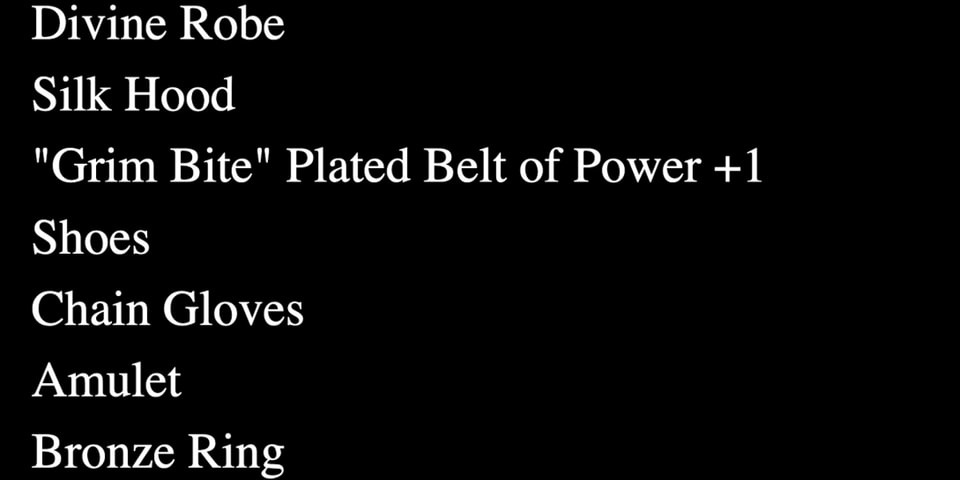 NFT collectors are now spending thousands of dollars worth of Ethereum cryptocurrency on virtual game items that don’t actually belong to any game, feature any artwork, or have any stats to them.

The project — known as Loot — was launched by American entrepreneur and programmer Dom Hofmann, who created a system where NFT collectors can spend money to create loot bags of unique items, with just 8,000 loot bags to ever be made. Despite not having any artwork or real game tied to it, a market began to form around its scarcity and prices quickly soared. In one case, a user is even selling a “Divine Robe of Power” for 300 ETH, which is equivalent to more than $1 million USD.

Despite owning these lists, the “NFTs” remained to be just names of items, and so people began creating visuals for them, as well as backstories and entire worlds and universes where these weapons and magical items exist in. Before long, other users began creating adventurers and heroes who wander and journey through these virtual lands with their items, which have since acquired different stats to them too.

While all of this can sound quite elusive to those not within the NFT markets, TechCrunch points out that the significance of these Loot projects is that they are decentralized: no corporation or company owns these items, and so people are completely free to
create, sell, and trade what they own.

In other related news, NASA’s first lunar rover is set to land on the Moon in 2023.