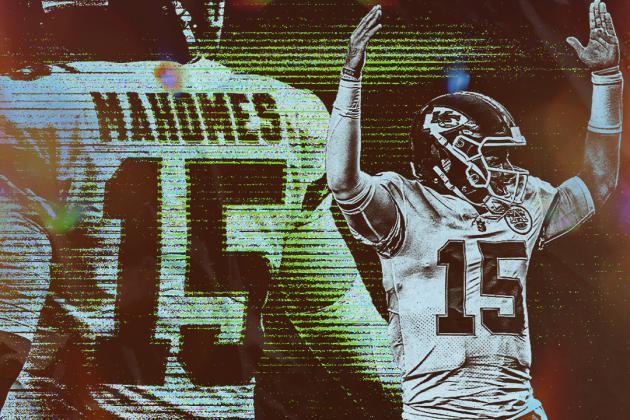 The NFT skeptics are running a victory lap: Weekly sales of sports NFTs peaked at $138 million in February 2021 and have since declined by about 90%. Art NFTs have followed a similar pattern, peaking at $149 million and dropping to around $25 million per week. Online NFT forums (such as “NBA Top Shot Collectors” on Facebook) abound with remorse.

However, over the same time period, the monthly purchases of sports NFTs have grown by 19%. And our analysis of who is buying (and why) suggests that the sports NFT market is here to stay as a powerful medium for fan engagement.

From our research, which included an April survey of 2,500 U.S. consumers aged 18-65, we estimate that 0.5% to 1% of U.S. adults have bought a sports NFT so far, and another 5% are highly interested. If all of this segment were to spend $205 per year (the median self-reported figure in our survey), the sports NFT market would reach $2.5 billion from U.S. buyers alone.

Our research found that more than half of sports NFT buyers (accounting for almost two-thirds of the spending) are speculators and technology lovers. However, two additional segments of sports NFT buyers, who are more similar to traditional card collectors, account for close to half of the market.

The price gyrations in the NFT market are of little concern to these last two segments. For example, just 7% of Community fans say they like the thrill of ripping a pack, and only 14% say they enjoy speculating on the value of NFTs. Only 14% of the Collectors say they are interested in blockchain technology.

Today’s sports NFT buyers (similar to trading card collectors) are avid participants in many other forms of investing, gaming and trading. For example, they participate in stock and option trading, fantasy sports, sports betting and casino gambling at rates 3 to 5 times higher than other U.S. adults. Yet to our surprise, few sports NFT buyers (aside from the tech-lovers) have ever bought other blockchain assets:

Sports NFTs have a lot in common with other forms of collecting, gaming and investing, but our segments see the similarities in completely different ways:

NFTs are like a Rorschach test for sports fans. Their ability to appeal simultaneously to four different segments is a signal of their potential appeal to a broad swath of sports fans, regardless of whether prices rebound.

Similar to sports betting, the top 10% of sports NFT buyers account for 67% of the total spend. These whales over-index for interest in blockchain, and they see sports NFTs as a way to “make a lot of money.” Whales are also more bullish: They are three times as likely to say they plan to participate long-term, and 42% of whales expect the NFT market to be “hugely popular” in the future. Only 5% of whales say sports NFTs are “a short-term fad” vs. 22% for other sports NFT buyers.

Many trading card collectors have been notably reluctant to embrace NFTs, but some may eventually be won over. For instance, 25% said they rejected sports NFTs because they are “too expensive,” but now that the average price has dropped so much, they may change their minds.

For their part, many sports NFT buyers see advantages over trading cards, with 59% trusting “the security of NFTs more than physical cards and memorabilia.” However, 62% of those who buy both NFTs and trading cards say they will increase their spend on trading cards in the next year, and only 4% plan to decrease it. Therefore, we see minimal cannibalization risk so far.

NFT buyers are interested in a broad array of sports and leagues, eight of which appeal to at least 30% of NFT buyers. While the NFL has the largest U.S. fan base, its fan interest in NFTs lags behind NBA fans (possibly because of Top Shot’s head start in the market). NCAA, soccer and NHL all over-index for NFTs, perhaps due to their younger fan bases.

NFTs also appear to be strengthening the connections between fans and their favorite sports, with 86% of buyers saying that owning sports NFTs makes them even bigger fans.

The strong interest in established leagues’ digital memorabilia offers further evidence that sports NFTs are more than just another boom-and-bust cryptocurrency fad. We had assumed buyers would be skeptical about any centralized control over the creation and sale of sports NFTs, because cryptocurrency enthusiasts tend to distrust institutions. (For example, 59% of the sports NFT Tech-lovers say they “don’t trust the government to manage currency.”) But we were wrong:

Despite the well-publicized issuance of non-league-approved “ambush” NFTs by famous athletes (such as Rob Gronkowski and Patrick Mahomes), it appears fans prefer the assurance of scarcity and authenticity associated with league licenses.

The majority of sports NFT buyers are also excited about other blockchain-enabled experiences, including:

Even card collectors who have rejected NFTs showed interest in free collectibles bundled with a ticket (30%).

Notwithstanding the boom-and-bust cycle of NFT prices so far, we see proven, growing fan interest in the category. Sports NFTs are tapping into the emotions and attachment of traditional fandom, with ample opportunity for additional innovation.

For example, Sorare has created a fantasy game for soccer, using NFTs of leading EU players. Socios has used the blockchain to create “fan tokens” for pro clubs. These tokens trade like stocks and enable fans to vote on club decisions such as the new goal celebration song for Juventus or to access VIP rewards from Manchester City. Lionel Messi’s recent signing bonus included PSG fan tokens, which tripled in value on news of his joining the club. MLB just announced its NFT partnership with Candy Digital, led by Fanatics founder Michael Rubin, which could take NFTs in the direction of virtual team jerseys or flash sales. Turner Sports created basketball-themed NFTs for the NBA All-Star game in March—they could bundle NFTs with OTT subscriptions.

All of which indicates that sports NFTs are a movement, not a meme.

Singer and Vonwiller lead McKinsey & Company’s global sports and gaming practice. The authors are grateful to Kenny Gersh for his guidance and Brett Jacobs, Erik Johnson and Geoff Silver for their research and analysis for this article.