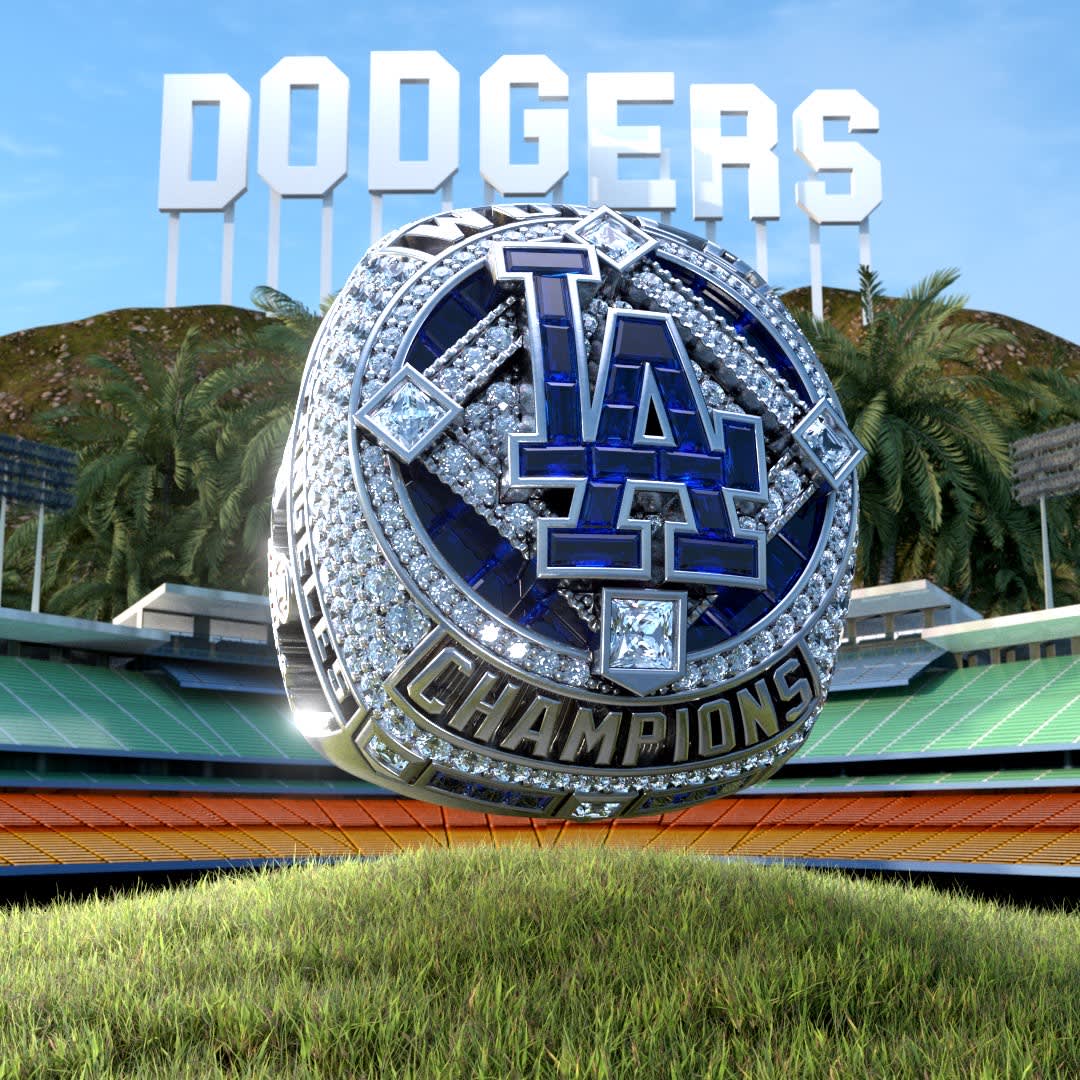 The Los Angeles Dodgers celebrate after defeating the Tampa Bay Rays 3-1 in Game Six to win the 2020 MLB World Series at Globe Life Field on October 27, 2020 in Arlington, Texas.

Major League Baseball and Fanatics-owned Candy Digital will release another NFT and attach some perks to lure collectors.

The parties will offer an exclusive nonfungible token honoring the Los Angeles Dodgers’ 2020 World Series championship. The highest bidder receives a digital collectible, a physical championship ring and a “first pitch experience” at an upcoming Dodgers home game. The auction will start on Monday on Candy Digital’s website, and net proceeds will benefit the team’s community foundation.

In a statement, MLB’s chief revenue officer, Noah Garden, called the Dodgers NFT a “one-of-a-kind collectible” as it’s the first licensed team NFT to be released under the league’s licensing agreement with Candy Digital. The parties entered the partnership in June, and with licensing deals, MLB earns a royalty from primary and secondary sales of its assets.

Candy Digital will earn revenue through primary sales of MLB’s assets and NFT trading fees, and run its baseball NFTs on the Ethereum blockchain. The company commenced its partnership with MLB this month via a Lou Gehrig digital collectible.

The sector has cooled during the reopening of businesses, according to Nonfungible.com, which tracks NFT sales. Between February and June, the website notes sales for sports-related NFTs peaked at roughly $26 million in March. Over the last month, though, that number declined to approximately $9 million.

Still, MLB sees long-term grow with NFTs and is betting Candy Digital will deliver. The company’s founders include Fanatics owner Michael Rubin, who is also a part of the Philadelphia 76ers ownership group, and Mike Novogratz, founder of crypto merchant bank Galaxy Digital. Entrepreneur and VaynerMedia CEO Gary Vaynerchuk is a board member and advisor for Candy Digital.