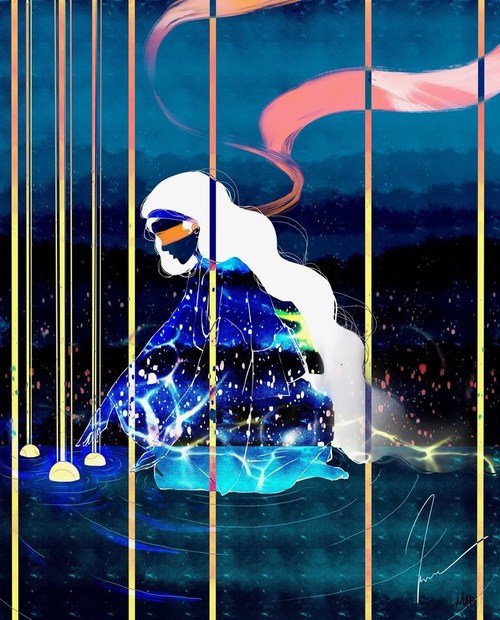 LOS ANGELES, July 22, 2021 /PRNewswire/ — A rare non-fungible token (NFT) created by Naomi Osaka will be resold through an auction on Basic.Space, with a portion of the net proceeds going to mental health awareness and support for athletes around the world.

Osaka and her sister, Mari Osaka, dropped a six-piece collection of 1-of-1 NFTs in early April. The first five NFTs were auctioned on retail marketplace Basic.Space and collectively sold for nearly $600,000, with one piece bringing in more than $200,000.

The sixth and final Osaka NFT was offered in a public raffle, and now the raffle’s winner is putting the artwork up for sale through a global auction. The silent auction, available for anyone in the world to bid on, will open at 9 a.m. ET on Monday, July 26. Interested parties can place a bid here.

“This is an extremely unique piece, and the story behind it brings a lot of value to the future of sports collecting through NFTs,” Shea Newkirk, Founder of CryptoStache.com, said. “While there have been some monstrous NFT sales by professional athletes over the last six months, Naomi Osaka’s persistent and positive presence in the public eye will probably push this auction to a new NFT record.”

The NFT sales record for an athlete was set last week when boxer Tyson Fury sold a single-edition piece for $987,000. In March, football player Patrick Mahomes sold a 1-of-1 NFT for $247,000, but Rob Gronkowski trumped that with a sale of $430,000. UFC fighter Francis Ngannou and tennis player Andy Murray have also sold one-of-a-kind NFTs in the six-figure range.

A portion of the proceeds from the Osaka NFT sale will be donated to Athletes for Hope. The donation will be funneled directly to the non-profit organization’s recently-launched initiative, Whole Being Athlete, which will support athletes and raise awareness about mental health.

“Now more than ever, athletes are struggling with their mental health. With 1-in-5 people being diagnosed with a mental illness, it’s become the number one requested cause from our athlete network for advocacy, connection and support,” said Athletes for Hope COO, Jason Belinkie. “Through her bravery, Naomi Osaka has ignited necessary conversations all over the world about the importance of athlete mental health. We are honored to be able to continue this vital work in the mental health space via the funds this NFT will generate.”

The digital artwork being auctioned is titled “Finding What Was Lost,” and Osaka’s sister told HYPEBEAST.com that this edition was Naomi’s favorite of the six. The NFT description, written by Mari, reads:

“While she may occasionally lose her way, Naomi always manages to find herself back on the path she has been searching for.”

In the interview, Mari said that each of the pieces tell “a different story” based off of Naomi’s interests, likes and dislikes. All of the NFTs are signed by both Naomi and Mari.

Osaka’s NFTs were created on the environmentally-conscious Flow blockchain, which is the same blockchain that produces NBA Top Shot’s non-fungible tokens.

About Athletes for Hope

Athletes for Hope (AFH) is a 501(c)(3) founded in 2007 by several high-profile athletes such as Muhammad Ali, Mia Hamm, Andre Agassi, Jeff Gordon, Warrick Dunn, Alonzo Mourning and Jackie Joyner-Kersee. As athletes who share a deep commitment to giving back, these founders joined forces to create an organization that brings athletes together to educate, inspire and empower them to make a difference in the world through sports philanthropy. Since the organization’s launch, AFH now works with over 8,000 athletes across more than 25 different sports at the professional, Olympic, Paralympic and collegiate levels and promotes equality, inclusion and diversity for all. AFH launched their ongoing Whole Being Athlete mental health initiative in May of 2021.

Basic Space combines inspiration and intent into one marketplace that’s curated directly by the people who inspire the transaction. No sponsored content, no ads. We represent creatives, designers, brands and individuals, allowing each to curate a personal flagship store that’s an authentic representation of their lifestyle. By bridging the gap between traditional consignment, online retail, and event-based shopping, we’re building the first-of-it’s-kind shopping destination curated by the individual. Customers discover and shop a variety of specially curated merchandise and experiences directly from the curators themselves.