NFTs: What The Hype Is About And Where They Are Headed – Forbes 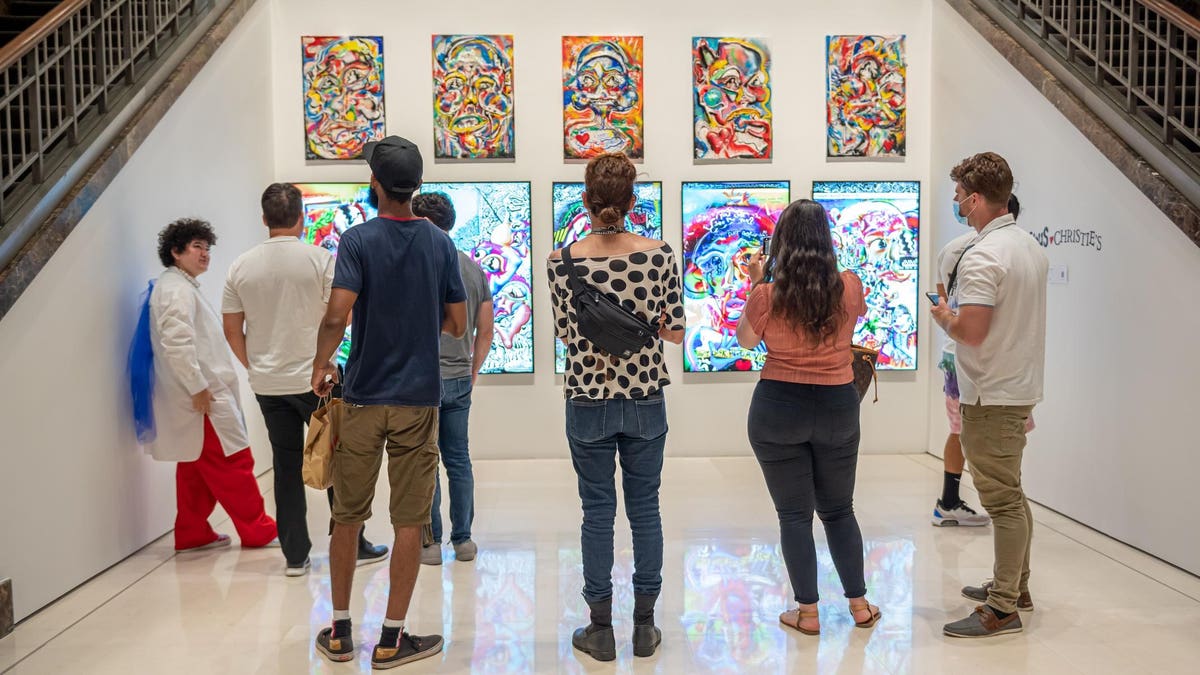 When you hear a 12-year-old is making close to half a million dollars, you know it cannot be from a lemonade stand. London-based Benyamin Ahmed has launched two NFT (non-fungible token, often jovially referred to as “Nifty”) collections. His latest one is a series of pixelated pictures of whales with unique characteristics. He calls them “Weird Whales” – think, a purple whale wearing a cowboy hat and smoking a pipe. The avid teenage coder sells them in exchange for popular cryptocurrency Ether. At the end of August, his cryptocurrency wallet was worth $400,000.

But despite their surging popularity, they come with some red flags. Issuers and marketplaces will need to move to increasing levels of security to keep the buyers interested and the scammers at bay.

Where NFTs Come From

The early days of NFTs needed little sophistication, for NFTs were intended to be more experimental than commercial when they first emerged in 2012 as “Colored Coins”, tokens representing real-world assets, such as real estate, on the blockchain. Operational issues soon emerged, with Bitcoin’s scripting language imposing a natural barrier to scaling, or even sustaining, the application. By 2014, a platform called Counterparty, built on top of the Bitcoin blockchain and able to overcome the constraints of Bitcoin, established itself as the key medium for administering NFTs, though it was later superseded by Ethereum.

Interestingly, one of the people involved in the shaky beginnings of the NFT project when it was still on the Bitcoin blockchain, Vitalik Buterin, later went on to create Ethereum, which has meanwhile become the standard network of choice for issuing NFTs. The first marketplace for NFTs for digital art, CryptoPunks, was established in 2017 and already launched on the Ethereum blockchain. Other NFT marketplaces like OpenSea, which has become the most prominent one, soon followed suit. Around the same time, CryptoKitties – a set of unique virtual cats, not unlike Ahmed’s whales – emerged and took NFTs mainstream. One of the cats eventually sold for $170,000 in 2018, marking the coming-of-age of blockchain use to produce artistic collectibles.

While NFTs have undergone drastic change, what remains true to this day is the core premise of the NFT: it is still a representation of a unique item, instead of a fungible token. The term fungibility is often encountered in the management literature and refers to the extent to which assets are interchangeable or replaceable. A token is merely a medium with which verifiable digital ownership – over a virtual whale or kitty or something else – can be attested. Meaning, a non-fungible token is akin to a smart contract for a unique, non-replicable item.

One of the most obvious types of non-replaceable items is, of course, art. While physical art is by nature scarce and not (or hardly) replicable, and ownership is typically clear, digital art and digital artists have historically suffered from a more limited ability to profit from digital artwork. NFTs are a gamechanger for the digital art scene, increasingly allowing digital artists to make a living off their work – or more than a living, as the record-setting $69 million closing bid for an art piece by Mike Winkelmann, the digital artist known as Beeple, proves. The March 2021 sale as part of a Christie’s auction went down as the third highest price ever achieved by a currently living artist.

At this point, it is no longer only traditional art that is getting “NFTed”. Memes, video clips and tweets are selling as NFTs, too, with the NFT for the first ever tweet selling for $2.5 million earlier this year. Not only the item itself but also the issuers are becoming more varied. NFTs are now being used – and launched – by celebrities like Paris Hilton, Edward Snowden and Simone Biles, as well as big brands, like Charmin and Taco Bell, which have launched collections of virtual toilet paper and taco art, respectively.

NFTs are poised to become even more mainstream, especially if they manage to establish themselves as monetization standards for otherwise free-to-consume mass digital content, like a TikTok clip, a Snap, an Instagram story, or an online newspaper article. However, key roadblocks are emerging that need to be remedied if they are to continue on their path to ubiquity. While supercharging the digital art market, NFTs have proven to be vulnerable to hackers, scammers and other impostors looking to exploit security loopholes for illegitimate reasons. Serbian artist Milos Rajkovic, known as Sholim, recently found 122 of his art works for sale on OpenSea, without his consent. He is a good example for the breed of the less crypto-literate people who are becoming the targets of phishing schemes and art theft. Marketplaces and issuers, and ultimately the underlying technology, will need to address ownership and copyright issues, as NFTs push toward maturity.

Similarly problematic, also in the broader blockchain context, are the environmental implications of mining needed for NFTs. Much like its older brother Bitcoin, Ethereum, which NFTs sit on, relies on people mining coins. The electricity consumed as part of this mining process is enormous. In the non-NFT context, sustainable blockchain systems requiring much reduced energy consumption for mining coins, have emerged. There may be space for a “sustainable NFT” market too.

An additional piece of criticism stems from the pyramid scheme-like nature of some NFT transactions, with several of the large-scale NFT investors also being heavily invested in cryptocurrencies. Critics argue that their investments in NFTs are really meant to bolster their larger stakes into cryptocurrencies, making them double winners and, along the way, making the system harder to break into for smaller-scale retail NFT players. Such conflicts of interest highlight the role of a discourse on the need for more regulation and control – typical issues in emerging high-attention spaces, though such growing pains of NFTs are poised to pale in comparison with their growing gains.