The first big video game-related NFT drop on Binance NFT Marketplace goes live in less than an hour. OG NFT Mystery Box will give you a chance of owning extremely rare virtual artworks.

With the cryptocurrency market volume increasing over the past years, numerous companies from different sections and categories try to enter this market and add up to their revenue.

A particular section of the cryptocurrency market known as NFT (non-fungible tokens) is currently the best way for companies to make a start point in the cryptocurrency and encourage their fans to pay for owning some virtual limited-edition items.

Binance NFT Marketplace is a relatively new market for the NFT fans that officially went live in June 2021. In a recent partnership with the OG Esports, the well-known Dota 2 team that won The International two times in a row in 2018 and 2019, Binance will have a special mystery box drop from the TI winners soon.

What’s Included in the Mystery Box? How Much Does the Box Cost?

Currently (one hour before launch), the OG NFT Mystery Box has been priced at 149.99 BUSD which equals $149.99. The box will include one of the items below with the drop chance mentioned next to it:

When Does the Sale Go Live?

The sale will officially start in less than an hour on July 5, today, at 8 am ET/12 pm GMT. You can purchase it from the Binance NFT Marketplace, but make sure to do your own research before spending anything on cryptocurrency or NFT.

If OG Esports’ NFT drop turns into a success, we should probably expect other esports teams or game-related companies to enter the NFT market sooner rather than later.

Have something to tell us about this article? 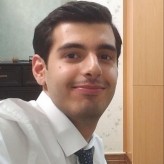 Mehrdad is a Senior Staff Writer at DualShockers. He started writing about video games since he was a high-school student. He’s probably one of those rare Rainbow Six Siege fans that have the game installed and updated on every available platform.