Pete Davidson and Snuffy On Tattoos, Addiction, and Their New NFT Project – NYLON 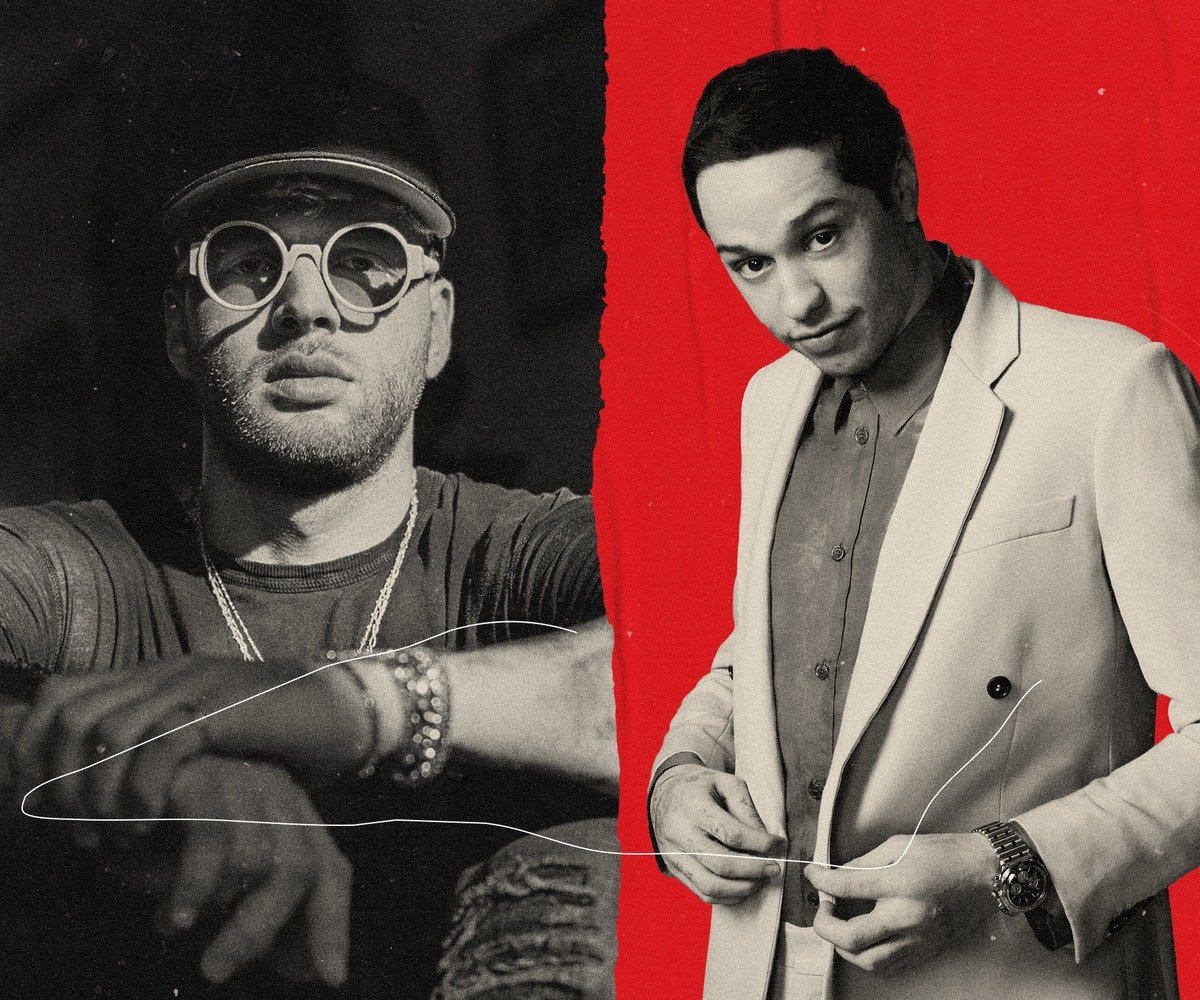 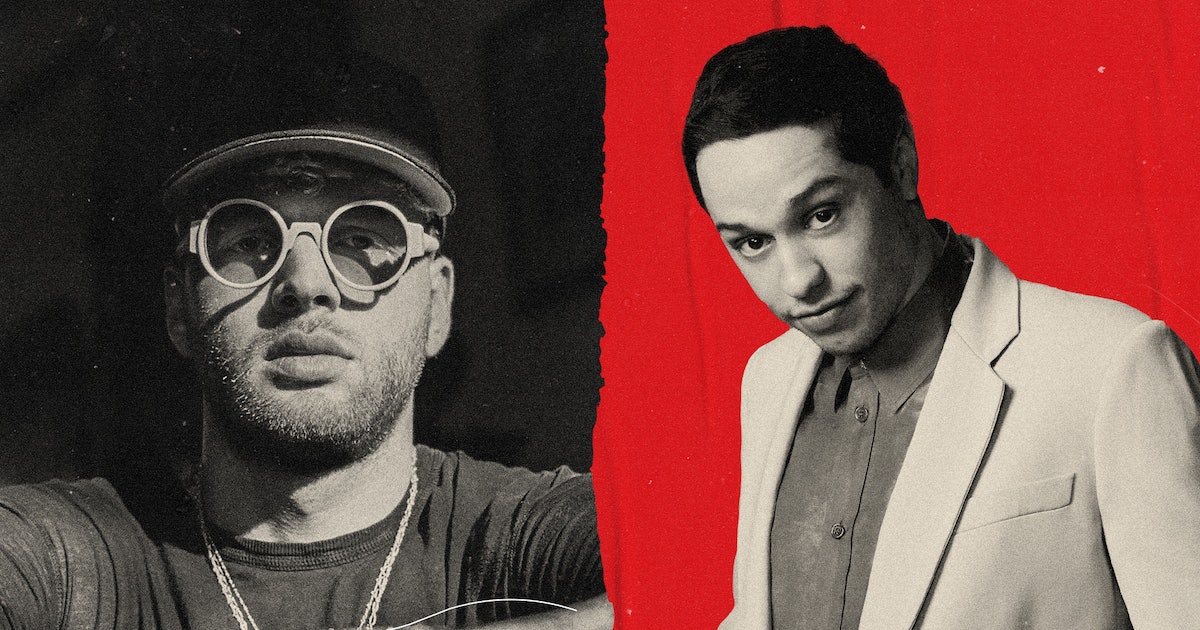 Back in March, Pete Davidson appeared on Saturday Night Live as Eminem dressed as Batman sidekick Robin in a digital short rap parody explaining the burgeoning NFT craze. Now, just a few months later, Davidson himself is getting into the NFT game, with the help of his close friend, the tattoo artist Snuffy. Together, the duo are releasing a new fine art series called “Addiction,” out July 4.

“We decided to do a series about addiction and how the addictions in our lives intertwined and then how they manifest,” says Snuffy. Over seven distinct pieces, the project depicts a number of different types addiction and how they affect our lives. They will be available to purchase on Niftygateway.com, with four pieces being sold as single one-of-one auctions and three sold in editions of eight by silent auction. In addition, one of the one-of-one pieces will be auctioned with the owners obtaining the right to have the art tattooed on them by Snuffy, making it the first NFT Tattoo that will ever be auctioned on Nifty Gateway.

Here, ahead of the auction launch, Davidson and Snuffy talk together over Zoom about 5 a.m. tattoos, gatekeeping in art, and how addiction can become art.

First off, how did you two meet and become friends?

P.D.: It’s really just scheduling. It’s free time. So sorry Snuffy, that it was so inconvenient for you.

Snuffy: Our friendship is taxing on my sleeping schedule.

P.D.: It got to the point where he started making up lies. He’d be like, “You know if you get tattooed in the afternoon it hurts less,” and I’d be like, “Yeah, I don’t think so.”

Snuffy: I mean, scientifically, it’s true. I stand by my statement.

What was the first tattoo he gave you?

Snuffy: Yeah. After the Colson thing, you were busy, I was traveling the world and I remember being in Sweden and getting a text like, “Hey, it’s Pete Davidson, can you tattoo me tomorrow?” I was like, “Yeah.” It was serendipitous. It was sort of the end of my trip anyway, and I only booked one way tickets. I booked a flight back and landed in JFK, drove to Brooklyn, got my stuff and went straight to your house. We started the tattoo — which was the Dead Idols tattoo on the back of your shoulder — probably got started at 2:00 a.m. and went ‘til 9:00 a.m.

Are you always that accommodating of clients?

Snuffy: Absolutely not, not a single one of them. For the record.

At what point did you decide to collaborate on a project together? Was it always going to be an NFT?

P.D.: My buddy Alex was like, “Have you heard of NFTs?” And I was like, “No,” and this was four or five months ago when NFTs were gold and he was like, “You should do one.” I was like, “I don’t know anything about art, only Snuffy does.” Snuffy was in contact with someone already because he wanted to create an NFT with Nifty Gateway and he thought it would be cool to collab together; I thought that would be cool because that means he does all the work and then I just do this [interview] part. It was a very easy decision for me — having someone else do all the work and you put your name on it. He spent the literal last two months of his life every day making this thing, and then he’d call me and be like, “It’s coming along great,” and I’ll be like, “Cool.” So that’s all I have to do with this.

Snuffy, as an artist, what were your initial thoughts on the NFT boom?

Snuffy: As far as the NFT goes, I think when people ask me what it is, I just tell them that I make art, and here’s a new sort of arena for me to display my art. So ultimately it’s no different that now it’s just getting bought with cryptocurrency and it’s just in this new sort of marketplace. What NFTs have done for digital artists is bring them out of the shadows and allow a lot of them to live their lives based on their craft, which up until now was tucked away. There’s been a lot of gatekeeping in the more traditional fine art world. So in that regard, that’s what I took away when the NFT stuff really started blowing up and that’s all you would hear about. I really found beauty in the whole gatekeeping getting stripped away from art.

How did you land on the topic of addiction for this particular project?

Snuffy: It really started with the way that I create art. Pete had to write me a story when he first wanted to get tattooed by me, and since we’ve become such good friends, I’ve gotten to know him well enough that I can tell where he’s at. And so when I came to this project, we just sat down and talked about our lives. It took shape in a few ways and we landed on the addiction theme, it’s such a powerful one to us. I mean, that’s speaking for both of us, but I think hopefully I can say that.

Pete, did you have anything specific you wanted to be included once you settled on the theme?

P.D.: Well, I love Snuffy and I think his art is just great and very original and scary. When you hang out with him, he’s such a nice, easygoing person. Then he’s like, “This is what I created.” And I’m like, “What the f*ck is going on in your head?” I’m always blown away by the stuff that he’s able to do, tattoo-wise and art-wise, and just creatively. He’s sober for 11 years, and as someone who’s been in treatments before, I kind of understand — not to the magnitude that he does — but I kind of get the basis of addiction. We just saw all these other NFTs and they were kind of just like a banana taking a shit and it turns into an apple and it was selling for like $10 million.

Snuffy wanted to do something really meaningful that could connect with people, as opposed to just a quick GIF image of something farting or taking a shit that people are selling on there. He came up with this whole really interesting and smart idea of an addiction showcase — it ranges from all addictions, from technology to actual drugs, in our society. I don’t even know if “introspective” is the right word to use there, but it’s just a really cool take on today’s world with addiction. I think you did a great job.

Addiction is such an interesting topic because it’s both very universal but also can be hyper-personal. How did you combine both of those facets?

Snuffy: The best way to put it is: I watched how traumatic the phone is for me. And I don’t know if I could speak for you Pete, but I think it’s the same. Using that piece as an example, it’s caused so much pain; it’s a trigger and it’s kind of one of those ticks where you’re just sitting there and you don’t know what to do, you just go to Instagram or you go to the news … it’s that one thing that we keep running back to. That’s a perfect example of being around each other and picking up on that. These pieces really came to a head by us being together, us hanging out. And then those ideas sort of manifested from us just being friends, you know? I guess really spending some quality time together is what brought this all together.

Did you learn anything new about each other during these conversations and the collaboration process?

P.D.: I left the art to Snuff. I can’t stress enough how little I had to do with any of this work at all. I mean, he’s sent me shit along the way, like, “Hey, I’m going to do this one about this, or this one about this.” And I’ve just been like “Sick!” That’s pretty much all I have to do on the art front. I’m really behind the idea and Snuffy. I just really believe in him and I think, like I said, a lot of these drops have been kind of corny and this is not corny at all. And as far as content wise or what this means, I just let him do whatever he wanted creatively because I just know whatever he comes up with is going to be really cool.

Now that you’ve dipped your toes into this world, are NFTs something you want to continue exploring?

Snuffy: Without a doubt. I’ve created dozens, probably more, pieces that I’m excited to put out after this.

Have either of you purchased one yourself?

P.D.: No, I haven’t. I will buy this one though. Winks at the camera. But actually, it’s not that I don’t want one, I just don’t know what’s going on. But I will buy one this week. In the spirit of giving and putting good vibes out there for our NFT, I will buy an NFT. A very cheap one though.