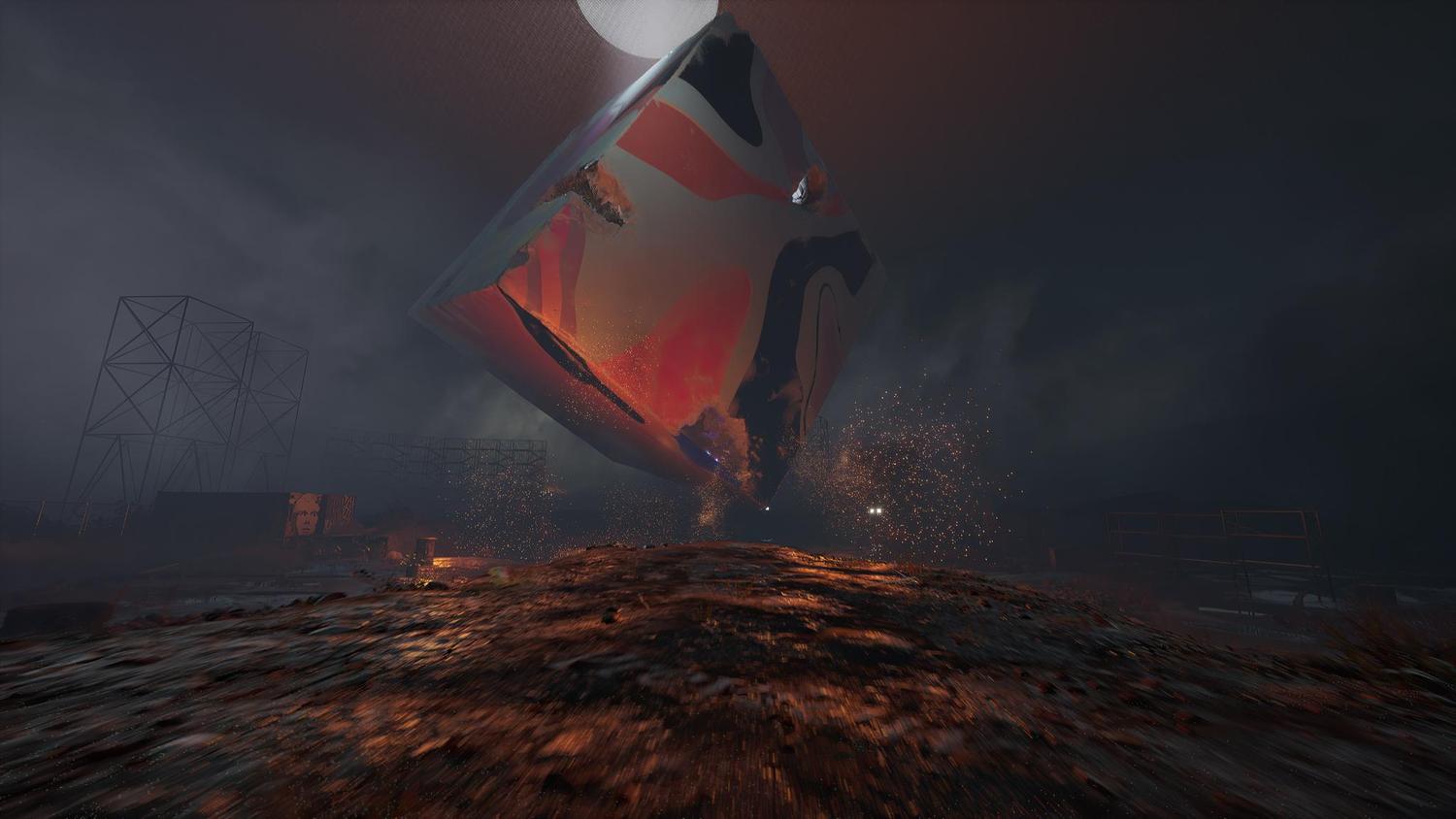 Phillips to Offer Sound of Color,

an NFT Collaboration Between Artist ThankYouX and

NEW YORK – 15 JULY 2021 – Phillips is pleased to announce Sound of Color, a series of NFTs created through a groundbreaking collaboration between contemporary artist ThankYouX and renowned composer Hans Zimmer. Open for bidding from 20-23 July, the series features three unique NFTs, offered separately, which tell the story of an artistic journey as it evolves over time. The works will be on view at Phillips’ new headquarters at 432 Park Avenue in New York from 16-23 July, with a meet-and-greet featuring ThankYouX on 20 July from 5-7pm ET.

The visuals of each NFT feature the abstract cube imagery for which ThankYouX has come to be known, set against a unique musical score created specifically for the project by the award-winning composer Hans Zimmer, bringing to life a narrative of artistic struggle that’s both deeply personal and universally understood.

The three works are a true joint venture between the two creators. The audio components go so far as including sounds created by ThankYouX as he paints. Zimmer was also involved in both the visual animations and the painting that accompanies one of the individual NFTs where his physical mark can be seen.

The three NFTs being offered are minted on the artists’ own smart contract, provided by Manifold.

Hans Zimmer, said, “This was an emotional and fun experience for me. I have wanted to do something abstract like this for a long time. We tried to create a new experience, something you can’t get out of words, a movie, or painting by itself. Ultimately, I wanted to make people feel something in a way I haven’t had the opportunity to do before. Together with Ryan, we were each able to create something really unique together.”

ThankYouX, said, “It was a real privilege to be able to work with Hans on this project. I think that each of our elements elevates the other to a level that we couldn’t achieve by ourselves.  In Sound of Color, the whole really is greater than the sum of the parts and that’s what makes it such an exciting collaboration.”

ThankYouX began his artistic journey on the streets of Los Angeles spray painting stencils in homage to Andy Warhol. While these signature stencils were his initial calling card, they were only scratching the surface of his multifaceted artistic identity. As his level of notoriety expanded, the nature of his expression evolved to modern abstract designs that stand in contrast to the more conventional graffiti-inspired street-art paradigm. His unique aesthetic has captured the attention of the art world and earned him international acclaim. ThankYouX has exhibited his work in London, Los Angeles, Miami, and New York. Recently he has gained renewed attention for his contributions to the NFT space. A passionate advocate for new technology platforms, ThankYouX began his NFT journey in 2020, and he has quickly become one of the leaders in the space, bridging the gap between the traditional art and crypto worlds.

Hans Zimmer has scored more than 200 projects across all mediums, which, combined, have grossed more than 28 billion dollars at the worldwide box office.  Zimmer has been honored with an Academy Award®, two Golden Globes®, three Grammys®, an American Music Award, and a Tony® Award. His work highlights include Gladiator, The Thin Red Line, As Good as It Gets, Rain Man, The Dark Knight trilogy, Inception, Thelma and Louise, The Last Samurai, 12 Years A Slave, Blade Runner 2049 (co-scored w/ Benjamin Wallfisch) and Dunkirk. In 2019, Zimmer scored the live-action remake of The Lion King, for which he received a Grammy® nomination for Best Score Soundtrack for Visual Media. Zimmer’s films for 2020/2021 include Wonder Woman 1984, the James Bond film No Time to Die, Ron Howard’s Hillbilly Elegy, Denis Villeneuve’s Dune, Top Gun: Maverick and The Spongebob Movie: Sponge on the Run. Zimmer has completed highly successful tour stops for his Hans Zimmer Live concert all around the world.

The partnership was brought to life by UTA, who represents ThankYouX, and Mirrored Media.

Phillips is a leading global platform for buying and selling 20th and 21st century art and design. With dedicated expertise in the areas of 20th Century and Contemporary Art, Design, Photographs, Editions, Watches, and Jewelry, Phillips offers professional services and advice on all aspects of collecting. Auctions and exhibitions are held at salerooms in New York, London, Geneva, and Hong Kong, while clients are further served through representative offices based throughout Europe, the United States and Asia. Phillips also offers an online auction platform accessible anywhere in the world.  In addition to providing selling and buying opportunities through auction, Phillips brokers private sales and offers assistance with appraisals, valuations, and other financial services.