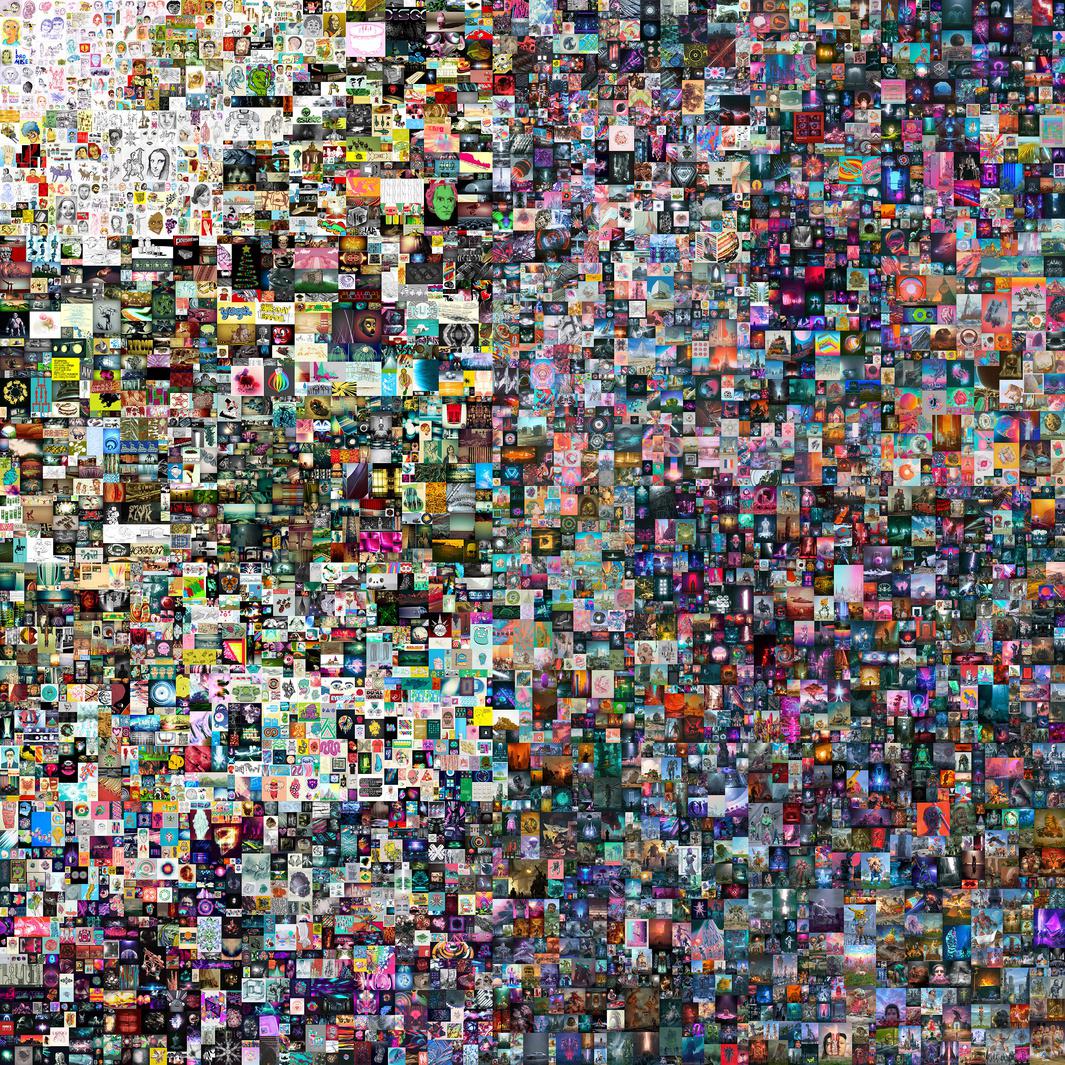 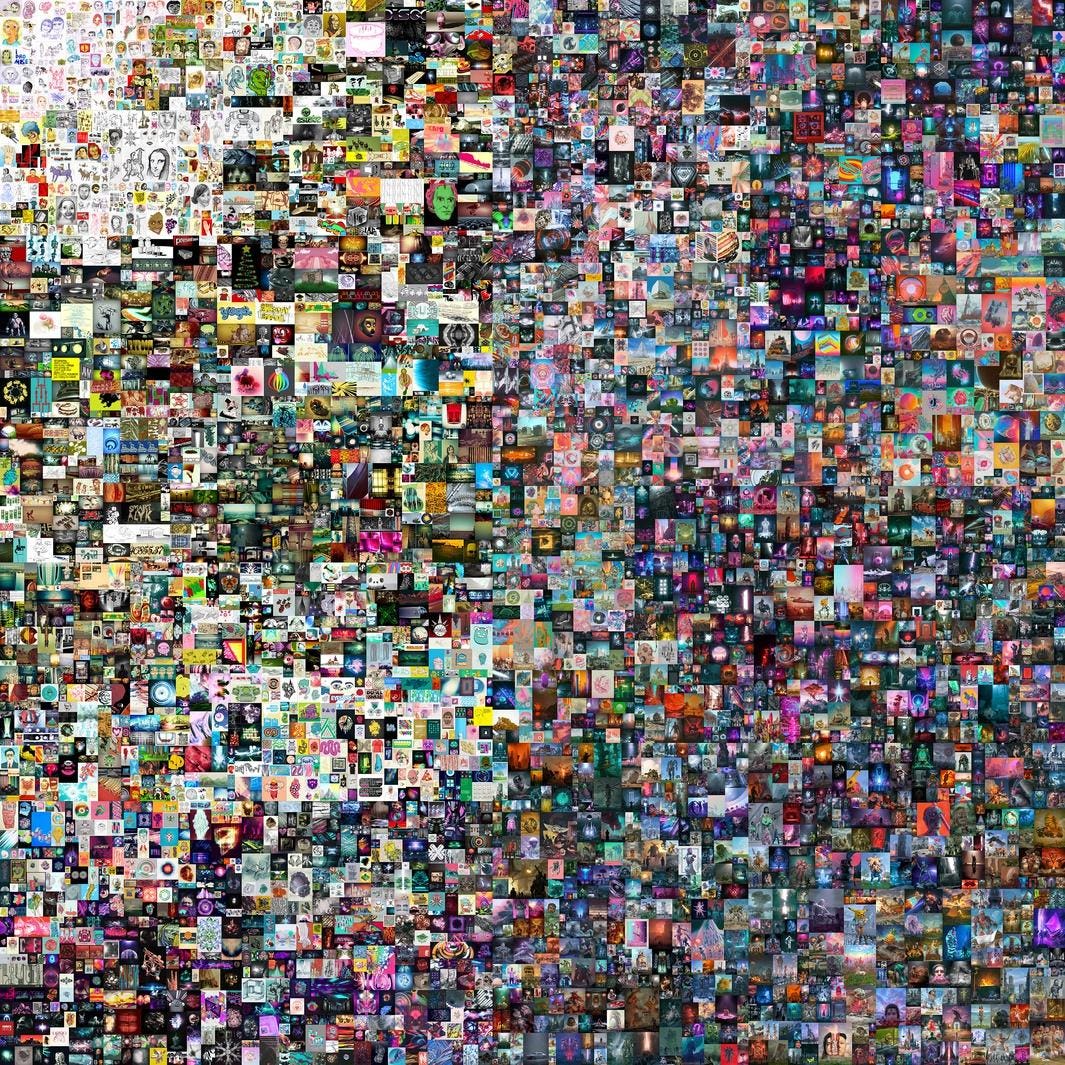 In 2020, Ryoma Ito, the cofounder and CMO of MakersPlace, a startup that mints and sells non-fungible tokens (NFTs), approached Christie’s, the centuries’ old auction house, with an idea. MakersPlace would create an NFT of the digital artist Beeple’s collage-style project Everydays: The First 5000 Days, and Christie’s would sell it old-school-style, as if it were a painting bound by a tactile frame. Christie’s agreed, and in March the artwork went for over $69 million, about the same amount that Los Angeles’ Getty Museum once spent on an 1881 painting by the French impressionist Edouard Manet. When the auction came around, the buyer—who goes by the alias MetaKovan—was primed and ready to go: Ito had already approached him with the idea of bidding, and MetaKovan was all in.

At the time, MakersPlace was a barely three-year-old company, the brainchild of Pinterest employee number one Yash Nelapati, fellow Pinterest employee Dannie Chu, and Ito. They had a little over $2 million in seed funding, a relatively small amount for a software company. Beeple—and, to an extent, Christie’s—blew them up. Former Sotheby’s CEO Bill Ruprecht decided to invest. So did Eminem; according to Chu, the rapper was into NFTs long before his cheeky, much-hyped response to an SNL skit that broke down the technology by riffing on his 2002 hit “Without Me.” And so, finally, did Bessemer Venture Partners, a Silicon Valley-based fund best known both for its investments in now-public companies like Pinterest, Twilio and Shopify, and for being arguably the oldest venture capital firm in the country.

Alongside Pantera Capital, an asset manager with a focus on blockchain, Bessemer led  MakersPlace’s next round, helping the startup raise a $30 million Series A that will allow it both to compete with heavily financed marketplaces like OpenSea and—according to the company and Bessemer— to differentiate itself by homing in on “premium” NFTs, the digital equivalent of the kind of physical art that gatekeepers (collectors, galleries, auction houses, museums, and others) believe matter.

“You can’t imagine a future where you’re going to have more and better digital art, and more people creating, if you don’t create an economy for these people,” says Chu, CEO of the invite-only platform, whose policy of taking a 15% cut of artists’ and creators’ revenue has generated over $100 million in sales volume, and about $15 million in revenues a year. The cut is significantly less than the 50% commission most physical galleries take, although the overhead for selling art and maintaining artist relationships in the brick-and-mortar world is much higher.

The new influx of capital will also help MakersPlace forge ahead in its goal of eradicating blockchain foul-play on its platform, ensuring that the artists who take credit for certain works and profit from it are in fact the creators behind these works, and that royalties from both primary and secondary market sales will (hopefully) trickle back.

“The blockchain is known for proliferating with scams and fakes,” Chu says. “We want to build a place where you can for sure know that you’re getting an authentic art piece by the creator. We want to build that trusted network before we go broad.”

Ruprecht, who ran Sotheby’s for 14 years before reportedly being pushed out by shareholders, sees MakersPlace as heading in a direction that is in line with the way the world—and the art world in particular—has always operated. “The dynamics of markets is that you’ve got to have two things in place: you’ve got to have creators, and you’ve got to have collectors. This company has done a remarkable job of creating a community of both,” he says, while also comparing the collectors of NFTs to those of stamps, baseball cards, and Roman coins. “There’s a really robust community that they have nurtured since 2018, and that means they’ve got a good supply of works, and it means they’ve got vigorous demand.”

In San Francisco, Bessemer partner Talia Goldberg, who was compelled to invest at the urging of Pinterest CEO Ben Silbermann, watches her collection of NFTs rotate on a digital frame. Goldberg, the youngest investor to ever make partner at the firm, is especially stoked about Fnnch, an SF-based street artist whose work she just won in a MakersPlace auction. “The only reason that the original Mona Lisa is worth hundreds of millions”—for the record, it may be worth a lot more than that— “when another isn’t, or you could buy a perfect replica, is because it’s the original,” she says. “Our theory is that by providing the technical infrastructure to prove originality will allow humans to start embracing the digital art side.”

Humans may already have. According to a report by L’Atelier BNP Paribas and Nonfungible.com, the global NFT market grew by 299% in 2020, exceeding $250 million in trade volume.