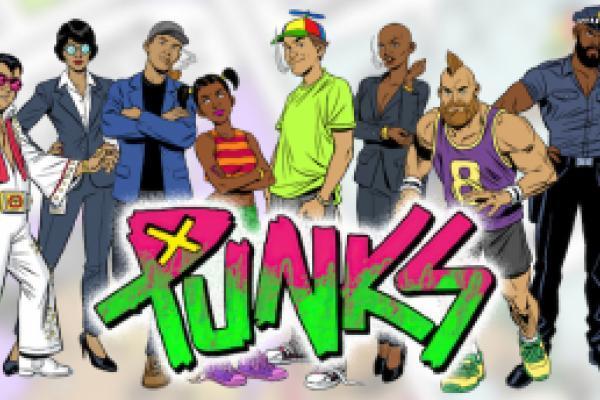 Volume and demand for non-fungible tokens have been surging. One project that is climbing up the leaderboards is PUNKS Comic, an NFT comic series drawn by Marvel and DC Comics artist Chris Wahl.

A burning mechanism, new NFT launch and more items for PUNKS are attracting venture capitalists to the NFT.

What Happened: Loup Ventures, a research-driven venture capitalist firm known for bullish calls on Tesla Inc (NASDAQ: TSLA), Apple Inc (NASDAQ: AAPL) and other technology stocks shared thoughts on NFTs and the hype of PUNKs in a weekend email.

“Anyone who bought a PUNKS Comic in early July is up over 4x in Ethereum (CRYPTO: ETH) terms and more in fiat given the appreciations of ETH,” Loup managing partner Doug Clinton said.

Clinton saw PUNKS Comic as a “no brainer” investment for NFTs because of the NFT boom and the potential of the project.

“When an NFT creates a return stream to the owner, the NFT can be valued on tangibles rather than intangibles.”

Clinton compares valuing an NFT such as PUNKS similar to buying a share of Apple based on a valuation of future earnings instead of YOLOing AMC Entertainment Holdings Inc (NYSE: AMC) based on it being a “meme stock.”

PUNKS Comic was launched by Pixel Vault and in May could be minted for 0.2 ETH, or around $720 at the time.

“That may seem like a lot for a comic but not when you consider the future cash flows it could generate,” Clinton said.

Pixel Vault builds a mechanism that provides future assets for the owner. Owners of PUNKS can stake or burn their comic after purchase. Staking a comic gets a user $PUNKS tokens over a 24 month period and fractional ownership of 16 CryptoPunks valued at 600 Ethereum when the comic launched.

Users who burn the comic get a Founder’s DAO, which gives ownership of $PUNKS tokens and other crypto assets.

In July, a new NFT project called Metahero was announced by Pixel Vault. Anyone who owns a PUNKS Comic can purchase a Mintpass that can be exchanged for a future Metahero.

Venture Capitalist Looking for a Piece: Venture capitalists have been rapidly investing in valuable NFTs, including the popular “holy grail” CryptoPunks recently.

“The biggest VCs in the world are reaching out to Pixel Vault. They want in on PUNKS Comic and especially MetaHero,” Pixel Vault founder Beanie tweeted.

Beanie said that Pixel Vault is happy to collaborate but won’t offer advantages to venture capitalists over the existing community.

Some venture capitalists like Michael Lazerow invested in PUNKs early.

“I found it too hard to burn more of my PUNKS Comic early editions. So I ended up just buying another and burning it for another Pixel Vault Founder’s DAO token,” Lazerow tweeted. He said he has 5 founder tokens, 6 PUNKS Comic and 10 MetaHero Mintpasses.

The floor price for a PUNKS Comic is 2.05 ETH on OpenSea at the time of writing.