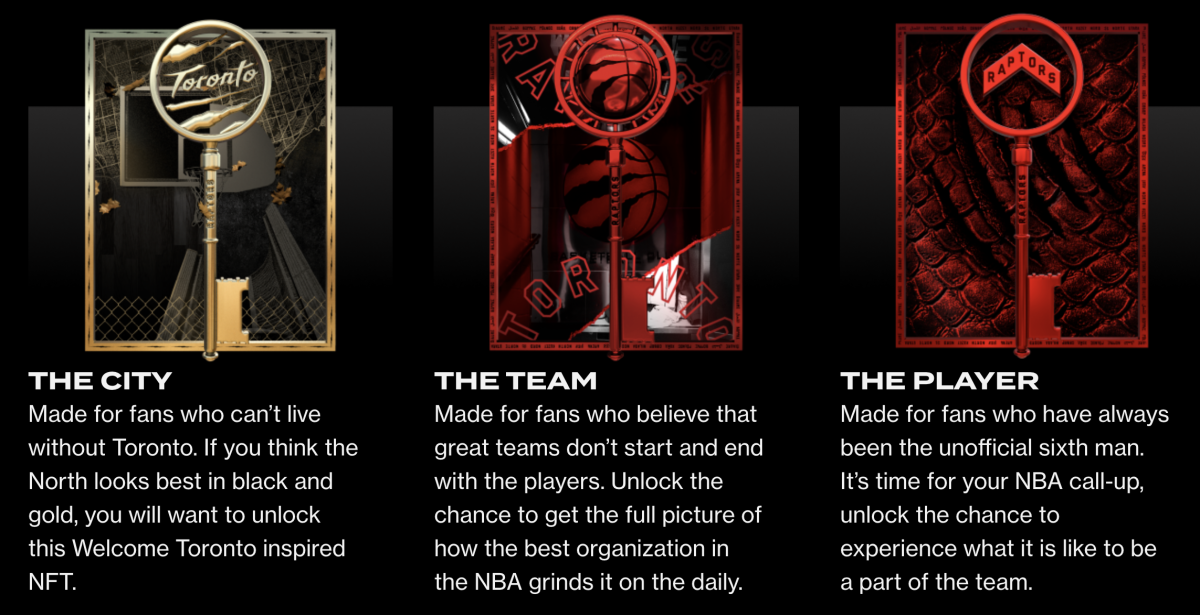 The Toronto Raptors have unveiled a new surprise: a set of six NFTs (non-fungible tokens).

Late last week, Raptors social media posted a cryptic key and the date July 23rd, 2021. It came with no explanation leading to all sorts of crazy theories about what it could possibly mean.

Well, it’s nothing too crazy. The organization will release six official NFTs. Each key will unlock “exclusive perks, from first look access, signed game worn memorabilia and curated VIP experiences,” according to the team. A portion of the proceeds raised from each key will be donated to the MLSE’s Foundation’s ‘Change the Game’ Initiative.

The six keys will be auctioned off starting on Friday, July 23 at 6 p.m. with the auction closing on Wednesday, July 28 at 6 p.m.

Raptors among betting favorites to land Damian Lillard if traded

Report: Scottie Barnes has become hot enough name for Raptors to consider at No. 4