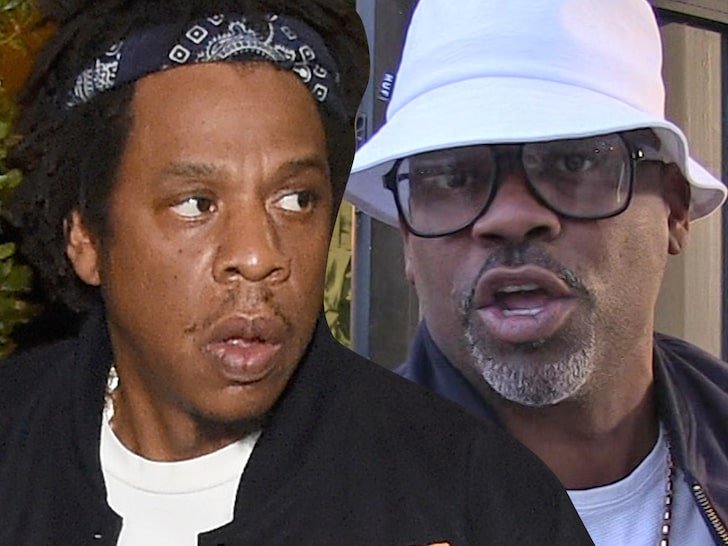 Roc-A-Fella is knocking Damon Dash‘s hustle … the record company is suing one of its own founders in a first-of-its-kind lawsuit, claiming Dash is trying to auction off one of Jay-Z‘s debut albums as an NFT.

The record company is going after Damon for allegedly trying to mint “Reasonable Doubt” as a non-fungible token (known as an NFT) and auction it off to the highest bidder … a piece of hip-hop history RAF says is not Dame’s to sell, because the company owns it.

According to the docs — filed by powerhouse attorney Alex Spiro — Damon planned to sell the album as an NFT at a since-canceled auction, but the company is worried DD will just try to find another platform to hold the auction.

In the suit, RAF claims Damon is “frantically scouting for another venue to make the sale” and believes DD is still looking to cash in ASAP on the recent NFT craze.

RAF’s asking a court to step in and stop Damon from going through with the auction and it wants Dash to turn over any NFTs of “Reasonable Doubt” he may have already minted.

We reached out to Damon … so far, no word back.