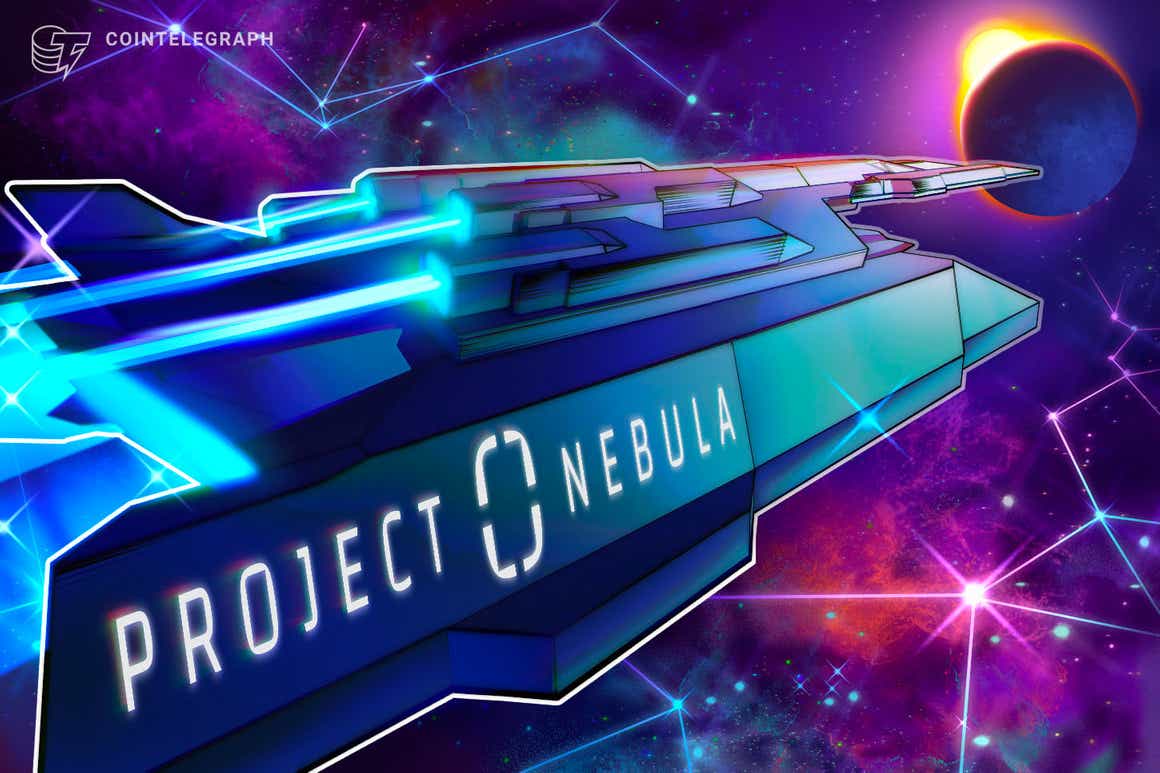 As the nonfungible token (NFT) market continues to grow, several gaming companies are creating virtual worlds within a metaverse where the same NFTs can be traded in a whole new scenario.

This new concept has taken the virtual gaming world by storm, and projects are constantly springing up to test this concept. It appears that there’s a huge appetite for the metaverse and the NFT marketplace.

To the New Galaxy

Project Nebula is currently past a presale phase and was launched in July 2021. Since then, the project’s NFTs have all been quickly sold out, and hundreds of players are interacting daily and competing with each other in the New Galaxy to discover new NFT worlds, lands, items and even ships.

Project Nebula is soon releasing a new fleet of NFT spaceships (of the Terran Colonial Union) into the game and onboarding a new wave of explorers. Half of this new fleet will be made available through a presale on Nov. 30, 2021. The other half will be claimable inside the game by completing various in-game missions.

Even though a lot of ground has already been covered, Project Nebula is still in its early stages. Joining earlier could prove beneficial as interest continues to grow.

The in-game NFT Marketplace is an active hub with nearly $2 million trading volume within just a few months following the game launch.

The platform hosts many rewarding play-to-earn aspects. In addition to discovering and claiming NFT planets in the game, players can also earn a hefty Discovery Bonus when discovering planets of Legendary and higher rarity classes. Players may send these to a public auction and pocket 25% of the revenue. The highest Discovery Bonus as of today has been over $2,000, with the project launching only three months ago.

There is currently an ongoing Zone-Control competition where players are competing to claim Land NFTs in the starting regions of the Galaxy. This will enable them to soon deploy various self-built structures into the game when the Crafting Expansion launches early next year.

More insights on the project here

Two new game mechanics will become available in 2021, in addition to the new fleet of NFT spaceships:

Missions: This year, players will embark on missions scattered throughout the New Galaxy in Project Nebula.

The Terran Faction, in addition to their new fleet of ships, will have its own storyline being introduced, and many players will find a valuable NFT spaceship as a reward for completion.

Interaction with various map objects will give players the option to kickstart other missions, with NFT consumables, blueprints and more being offered to them for their assistance.

Starmapping: A new mechanic that allows players to turn their explorations into revenue by turning their explored maps into an NFT that can be sold/traded with other players.

NFT Crafting: Project Nebula will launch the NFT Crafting Expansion early next year: hundreds of new NFTs, a complex crafting system, and a vast player-driven in-game economy are coming into the game that will enable tons of new and engaging mechanics along with even more play-to-earn possibilities for all players.

After the Crafting expansion, the team behind Project Nebula will focus on completing the PvE (player versus environment) and PvP (player versus player) expansions, bringing the interstellar conflicts of the project to a whole new level with players forming guilds and alliances while fighting for resources and dominance.

“Around 25% of the GEN-1 planet NFTs are still undiscovered, along with them also the last remaining Mythic planet of GEN-1 (only two were ever minted). Standing out from being “just another NFT collection, Project Nebula is a universe full of rich and rewarding opportunities for both players and collectors,” the founders said.

Disclaimer. Cointelegraph does not endorse any content or product on this page. While we aim at providing you with all important information that we could obtain, readers should do their own research before taking any actions related to the company and carry full responsibility for their decisions, nor can this article be considered as investment advice.