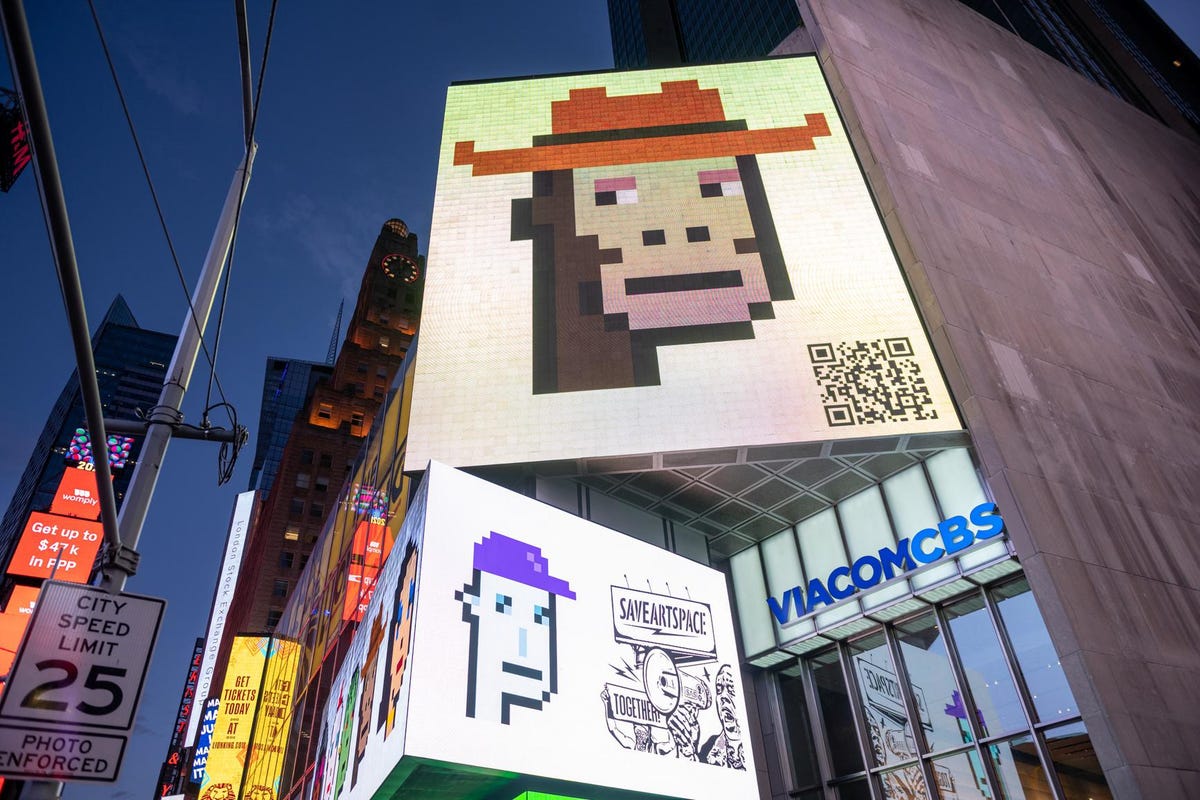 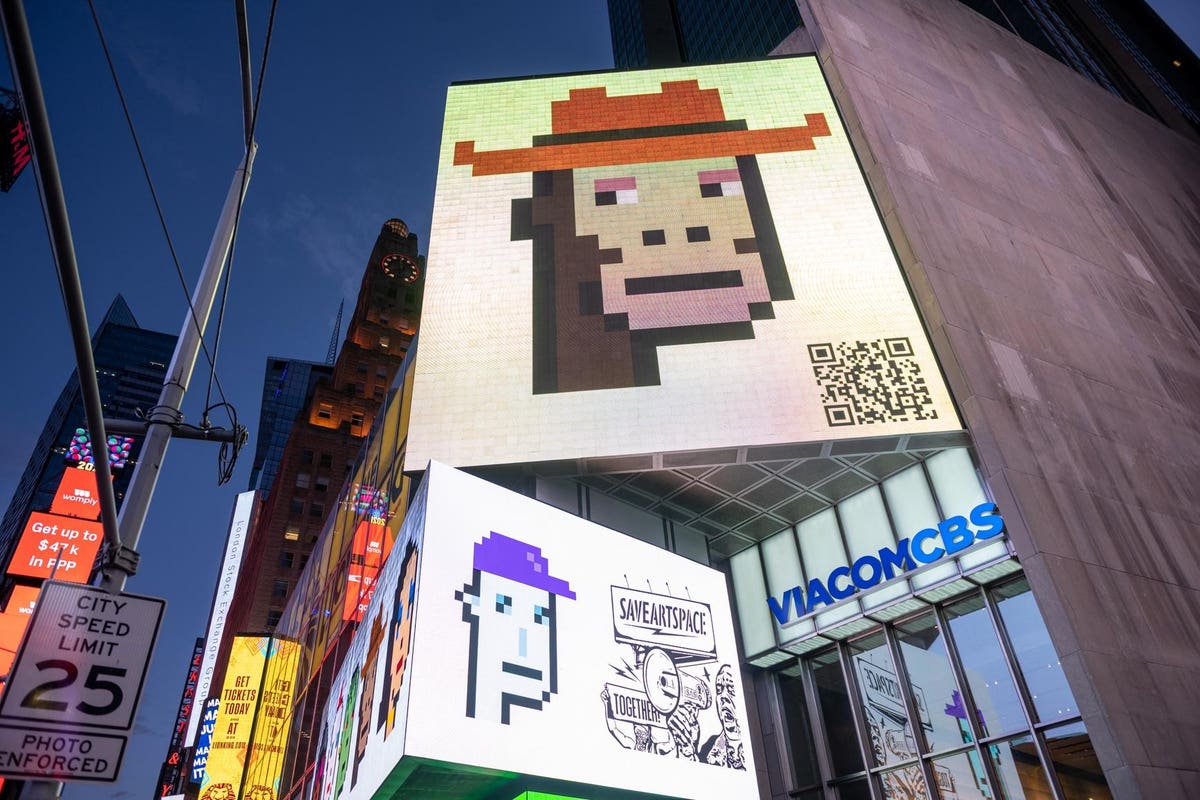 If you want this weekly update in your inbox every Saturday, click here to become a subscriber.

Also: Chelsea Manning Gets Into Bitcoin

VISA STEPS INTO THE METAVERSE

A nascent online world that promises to transform the internet into a virtual reality, the metaverse has attracted massive investments from gamers, founders and crypto enthusiasts of all kinds but now major financial institutions awake to the frenzy.

On Monday, Visa V  announced it paid $150,000 for a CryptoPunk NFT, one of the 10,000 unique 24×24 pixel images of the namesake collection featuring various characters and stored on the Ethereum blockchain. Thus the payments giant took its first step into the all-encompassing world of virtual experiences, digital assets and avatars, blazing a new trail for the kinds of services payments companies and banks may need to offer in the future. Federally chartered bank Anchorage Digital helped facilitate the deal and, importantly, became the first known U.S. bank to custody one of these novel assets . Visa’s head of crypto, Cuy Sheffield, told Forbes the company plans to purchase more NFTs and help “drive this new shift of commerce,” supporting merchants and platforms that want to partake in the frenzy.

The news set an already bubbly market for non-fungible tokens ablaze. CryptoPunks’ trading is up by 459% this week, according to industry tracker DappRadar. Leading trading platform for digital collectibles, OpenSea, has surpassed $1 billion in monthly trading volume, thus becoming the first NFT marketplace to pass this milestone.

Rising on the news of Coinbase announcing a $500 million crypto purchase program and United Wholesale Mortgage, second largest mortgage lender in the U.S., starting to accept bitcoin for payment, the top cryptocurrency jumped above $50,000 Monday morning to about $50,421, its highest price since May. (You can find an in-depth technical analysis of bitcoin’s surge here [premium content, Forbes Crypto Asset & Blockchain Advisor]).

The spike was short-lived as the global cryptocurrency market endured a $125 billion pullback mid-week. As of Friday morning, bitcoin is getting close to the 200-day moving average of $46,040, heading into the monthly options expiration worth roughly $2 billion.

CHINESE BITCOIN MINERS ARE BACK IN BUSINESS

Meanwhile, bitcoin’s network difficulty, a measurement of the challenges presented to those mining the cryptocurrency, saw a 13% increase—the second largest of the year—as miners continue to relocate machines outside of China in the wake of its recent mining ban. Difficulty adjusts roughly every two weeks (or every 2,016 blocks) and moves up as more miners are competing to find blocks on the network.

With much of the mining capacity (typically in the form of server farms) moved to North America, Russia and Kazakhstan, bitcoin’s hashrate has now recovered roughly 85% from its low point earlier this summer. Any adjustment above 10% is considered substantial in the mining industry, and this one is poised to cut into mining profits at a time when they were inching towards yearly highs as a result of reduced competition.

Musicians are undeniably among those successfully capitalizing on the NFT boom. Electronic dance music artist and producer Justin Blau, a.k.a. 3LAU, stirred the music industry in February when he sold the world’s first-ever tokenized album, which grossed $11.7 million in under 24 hours and briefly held the record for the most expensive single non-fungible token ever sold. Now he wants to enable fans to earn money alongside their favorite artists with the launch of music investment platform Royal. The venture raised $16 million in seed funding led by Peter Thiel’s Founders Fund and Paradigm.

Royal aims to democratize access to music ownership by letting users not only invest in but also own rights to their favorite songs and albums through limited edition, autographed digital assets recorded on a to-be-decided blockchain. These NFT-like assets will grant its holders tokenized ownership in songs’ master recording rights as well as offer special privileges including concert tickets, backstage passes and merchandise.

Alibaba spinoff Ant has more than 50 blockchain applications in development on its own blockchain platform, AntChain. One notable example is OpenChain, which launched in 2020 to enable small and medium-sized enterprises to tap its blockchain technologies and smart contracts as a way to lower costs. So far more than 6,000 users have written 100,000 smart contracts, facilitating 400 million transactions.

What Does Ethereum 2.0 Mean for Scaling Solutions Like Polygon? [Decrypt]